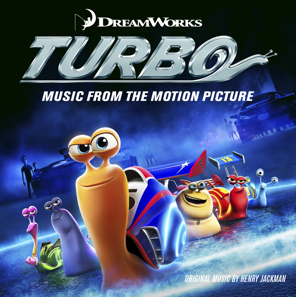 How many of you ventured out to see Turbo over the weekend? Well we did and I can say it was well worth it. Turbo offers an amazingly unique story-line that highlights the underdog emerging into a world he does not belong but enjoys every bit of. Their is action, drama and plenty of comedy to keep the entire family entertained!

Now as with many movies I become attached too, the soundtrack is not too far behind. Surprisingly the soundtrack is one I can see even my teens bumming around {ssh I still do it too}.  The Turbo soundtrack features the original song, “Let The Bass Go” from multi-platinum recording artist, actor and entertainment icon, Snoop Dogg, who also voices the character of Smoove Move in the film. Go behind-the-scenes at the “Let The Bass Go” music video shoot with Myspace here. The soundtrack also features three original tracks fromDeeTown Entertainment, a collective of writers, producers, musicians, artists and engineers whose work has appeared in dozens of No.1 box office hit films and received the American Music Award for Best Movie Soundtrack for Alvin & The Chipmunks. The rest of the film is scored by Henry Jackman, the three-timeASCAP Film and Television Music Award-winning composer best known for his work with The Dark Knight, Wreck-It Ralph and X-Men: First Class. See full track listing below. Order the Turbo Soundtrack on iTunes® here and on Amazon here.

In theaters now, Turbo is directed by David Soren, and produced by Lisa Stewart. It stars, Ryan Reynolds, Paul Giamatti, Michael Peña, Luis Guzmán, Bill Hader, Snoop Dogg, Maya Rudolph, Ben Schwartz, Richard Jenkins, Ken Jeong, Michelle Rodriguez and Samuel L. Jackson. From the makers of MADAGASCAR and KUNG FU PANDA, TURBO is a high-velocity 3D comedy about a snail who dares to dream big – and fast.  After a freak accident infuses him with the power of super-speed, Turbo kicks into overdrive and embarks on an extraordinary journey to achieve the seemingly impossible: competing in the world’s fastest race, the Indianapolis 500.  With the help of his tricked-out streetwise snail crew, this ultimate underdog puts his heart and shell on the line to prove that no dream is too big, and no dreamer too small. The soundtrack for Turbo was executive produced by Relativity Music Group’s Jason Markey as well as Bob Bowen and Ryan Kavanaugh. 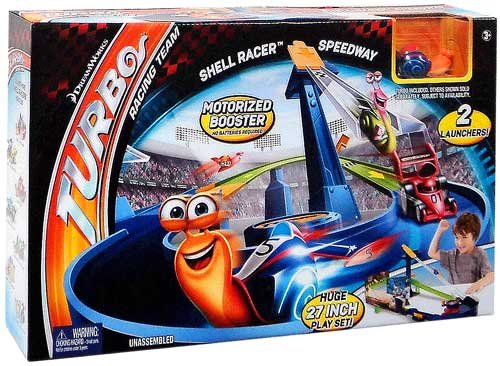 To enter, please use the Rafflecopter form below. Giveaway ends July 26th at 11:59pm EST open to US residents only, ages 18+.