General George Washington was shivering from both cold and excitement. He was standing in a small scow being slowly rowed across the icy Delaware River. His army was as pitiable a band of soldiers as had ever been assembled. Their clothes were worn and threadbare. Some were trudging through the snow, ice and frozen mud in bare feet. They were hungry, they were cold, and many were ill. And they were losing.

The cause they fought for, the independence of a feeble new nation called the United States of America, was all but lost. And so the General was taking a risk, making a gamble. It was Christmas. Thousands of mercenary Hessians were encamped at Trenton, celebrating the holiday with food, drink and song. The general was making a desperate gamble that he could use the shock of surprise to overwhelm an enemy far superior in strength.

It worked. Washington’s ragtag army survived the perilous crossing of the Delaware, marched through the night to Trenton, and routed the stunned and celebration-addled Hessians at dawn. It was a turning point in the infant nation’s fight for survival.

And bearing silent witness to this historic moment was a focal point of the Hessians’ Christmas celebrations, a strange and unfamiliar object to most Americans of the time: a Christmas tree. 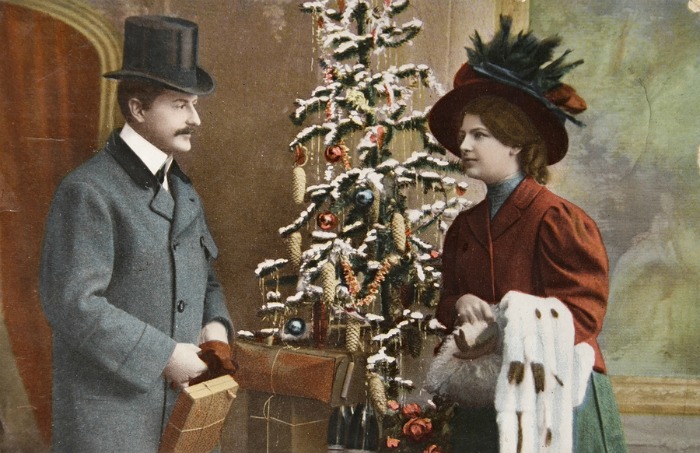 The history of the Christmas tree stretches back to many years before the birth of Christ. Some ancient cultures such as the Egyptians and Romans prized evergreen shrubs and trees, considering them to be symbols of life. It was common practice among those ancient cultures to harvest boughs and wreaths from evergreen foliage and use them for interior decorations in their homes.

But 16th-century Germany is considered to be the birthplace of the modern Christmas tree. In fact, the practice of adding lights to Christmas trees is often credited to Martin Luther, the German reformationist.

According to legend, Luther was making his way home through a snow-frosted forest on a clear, starry Christmas Eve. As he trudged past a grove of evergreen trees, he was taken by the enchanting sight of the snow-dusted greenery gleaming in the moonlight. Looking to the sky, he was captivated by the spectacle of a host of glittering stars twinkling against the backdrop of the evergreen foliage.

He was so enchanted by the experience that he was inspired to bring a small fir tree into his home and decorate it with candles – the very first Christmas tree lights. 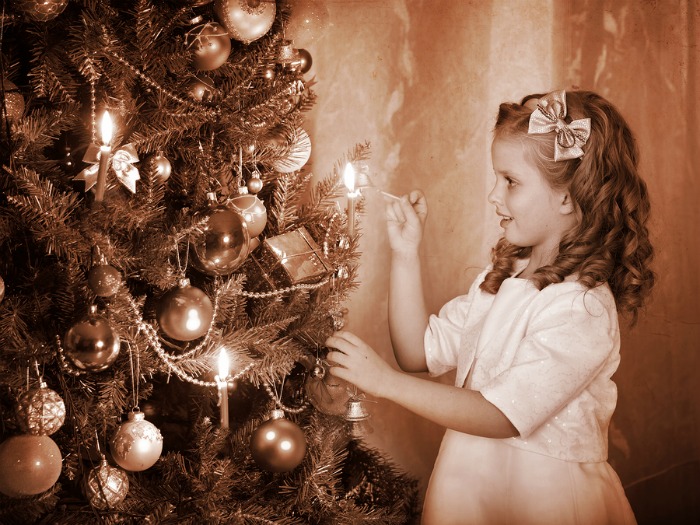 Christmas trees were popular in Europe long before they became an American tradition. But in the 1700’s, German immigrants – and the Hessian soldiers – introduced the Christmas tree to America.

The fervor against Christmas trees was short-lived, though, and by the latter half of the 19th-century the display of Christmas tree was a common practice. When the early 20th-century rolled around it was a yearly tradition for most American families to display a Christmas tree every holiday season.

In 1882 the first electric Christmas tree lights were created, courtesy of one Edward H. Johnson, a business associate of Thomas Edison. And the very first artificial Christmas trees hit the market in 1883, sold by Sears, Roebuck & Company.

Christmas trees have become a firmly entrenched American tradition. They’ve become big business, too. It’s estimated that at least 1.5 billion dollars are spent on both real and artificial trees every year.

And with the advent of LED lighting, those trees are decorated in spectacular fashion and with greater energy-efficiency and safety than ever before. Martin Luther would be awestruck by the sight of an LED-lit Christmas tree!

Few modern American families would even consider celebrating the holidays without a Christmas tree. But when you set up your tree this year, you might take a moment to reflect upon this twist of historical fate: Without the distraction that the Christmas tree offered to a group of partying Hessian soldiers on an icy Christmas night long ago, there might not even be an America.