So I had this cool gig in Manhattan, teaching song- and creative writing in a small public high school. I also raised $330,000 for classroom smart boards and a shiny new iMac lab for the kids, most from the projects (S. Bronx +). The NYC Department of Education cut my position (too artsy?) and in September 2011, assigned me to substitute teach in a different school every week in hopes that I (and 2500 other teachers) would resign.

I figured I’d go back to my freelance life as a performer. I was developing a one-woman musical comedy for Off Broadway. But when I went to my first substitute assignment (for the paycheck) it hit me like a tossed eraser:

The DOE is going to send me to a new public high school every week for a year! Hello! The Universe is handing me a gift on a gold platter. Stories! It’s irresistible! If I leave, Comus, the god of comedy, will drown my sense of humor in a torrent of his tears.

From el barrio to Wall Street, from our most gifted to our most challenged students, I chilled with the kids. We talked physics, we rapped, solved Rubric cubes and prepped for standardized tests. It was hilarious and heartbreaking. Especially when I was given a class of English Language Learners from the Ivory Coast, Yemen, and Mexico who hadn’t gotten their land legs yet. How they wanted to fit in, like other American teenagers they admired. Instead, they were given 5 Regents exams every January and June that they inevitably failed…every time. “Thanks, Miz. I not gonna pass. Sorry, Miz. You nice lady.” Guess who doesn’t get a high school diploma? Guess who falls through the cracks when they have to leave the public school system at 21 years old?

So why care about these “marginal” kids? For me, as we struggled and laughed together, they crept into my heart. As if they were my own kids, I want them to succeed. I want them to love learning. I want them to be happy, new Americans, enjoying our extraordinary freedoms and unfathomable possibilities. 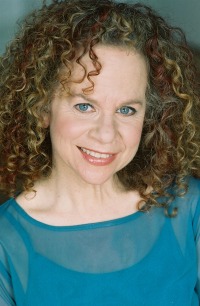 “Edu-tainer” Elizabeth Rose, who has created music and comedy for stage, film and TV, swore she would never follow the advice of her parents, both teachers, and become a teacher. But she took a gig teaching songwriting in a NYC public high school. When the job was cut, she was asked to sub in a new school each week, a temptation no storyteller could resist. During this same wacky year, she performed her one-woman musical comedy, Relative Pitch, at the Cherry Lane Theatre, Off Broadway.