First of all, I want to be clear that this is no simple hour long run though attraction. If you plan to visit as part of your travel itinerary, please allow at least 3 hours to explore the museum and an addition 2 if you plan to see an IMAX film and any additional special exhibits. 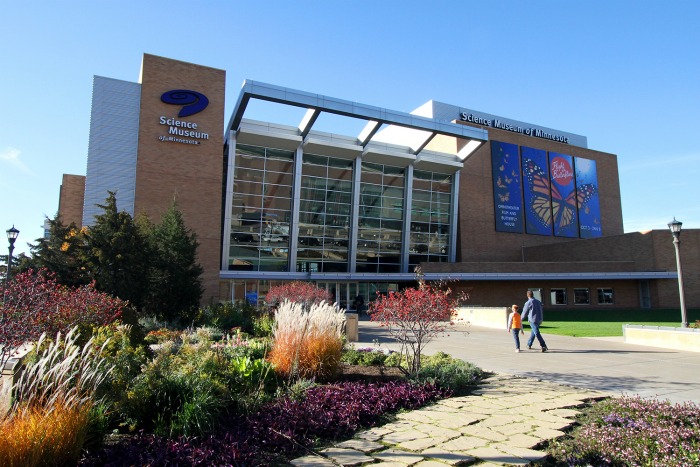 Founded in 1907 as the Saint Paul Institute of Science and Letters, the Science Museum of Minnesota welcomes more than one million visitors each year to see its world-class collection of dinosaurs and fossils, the nation’s only convertible IMAX dome Omnitheater, its trademark hands- and bodies-on science exhibits, and a blockbuster slate of traveling exhibitions.

While the foot traffic is great in number, the immense amount of room including numerous floors, educational rooms and even the lobby together seem to allow for ample spacing and well thought out station placements that will not have you waiting long if at all to see the next exhibit. Making it a good choice to visit no matter the day or time of year.

However, do know that the Omnitheater shows and special exhibits will need to be purchased in advance and will provide a time on the ticket for entry. I for one appreciate this approach as it keeps a reasonable number of people in these special areas and allows everyone enough time to engage in the experience.

There was so much to see at the Science Museum of Minnesota that we had to break-up our experience into 3 different posts. Today’s feature is from the dino-lovers point of view. 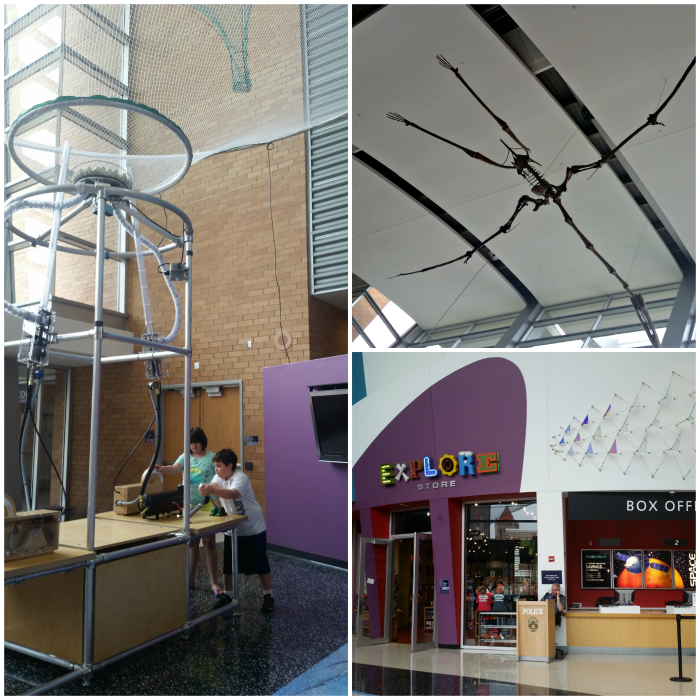 The Science Museum has occupied several locations in its 100+-year-history, and opened its current, state-of-the-art museum facility in 1999. The Science Museum is the most-visited museum in the five-state region and consistently ranks first in Twin Cities rankings for favorite museums and favorite family outings. They even can host weddings onsite. Now, how cool would that be? 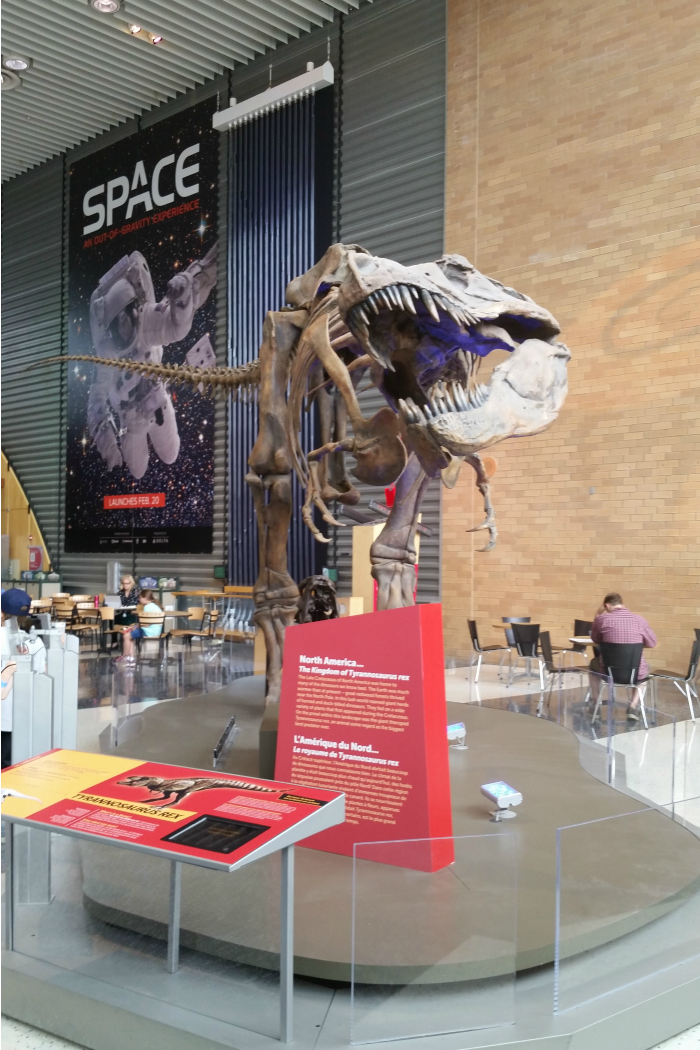 There are so many things that made this experience one that will carve our memory. This one visit created a family of mini-me monsters that are already begging to return. While for three of the younger ones it was all about playing scientist, spaceman and dinomaster, my older daughter who has won awards for her science education and projects at the age of 10 took this to experience right to the heart.

At every turn, a new how to experiment or educational station appeared. If we would have allowed, Aryka would have spent an entire day on each floor soaking up the information like a sponge. Upon asked, she quickly informed me that her biggest interest was the vast amount of dinosaurs and fossils found about the museum. It was almost like a silent seek and find to see where one would appear. From ceiling to floors, bits of our prehistoric history could be seen throughout the rooms. 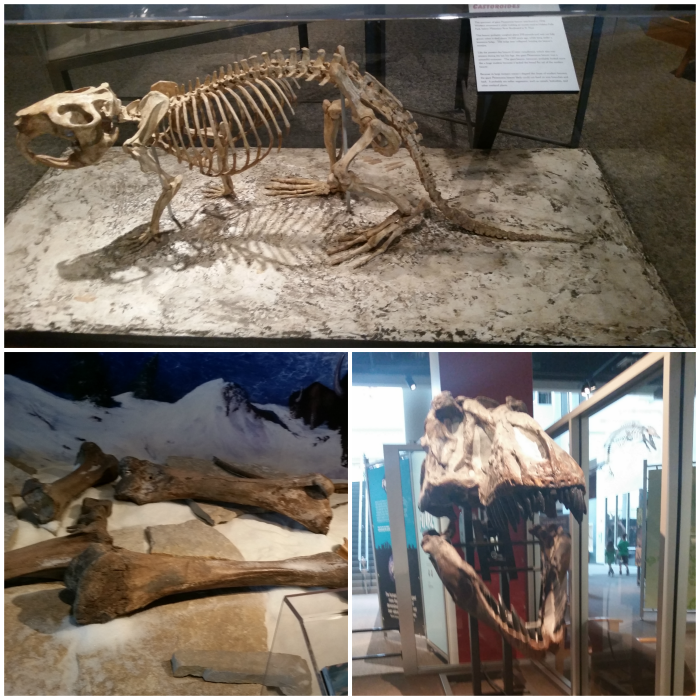 The Dinosaurs and Fossils Gallery covers 11,000 square feet of exhibit area adjacent to the Science Museum’s scenic atrium, where three-story tall glass walls give panoramic views of the Mississippi River and provide streams of natural light.

Among our favorite pieces, the T. rex Jaws Interactive: The Tyrannosaurus rex was a formidable predator with massive, powerful jaws capable of taking down much larger prey. In the Dinosaurs and Fossils gallery, visitors can operate a giant set of T. rex jaws, recreating the T. rex’s trademark giant-sized bite. A bit of a warning, these require a little strength to operate. My five year old son was not able to move them on his own and dad gladly stepped in to help him get the chompers to working. The others however (ages 8, 9 and 10) had no trouble at all.

Another and very hard to ignore favorite is the Science Museum’s Triceratops. This beauty if one of only four mounted Triceratops anywhere in the world and is also the largest complete Triceratops specimen on display. It is noted to be one of the most treasured pieces in the museum’s collection and you can clearly see why they are proud of this scientific gem. 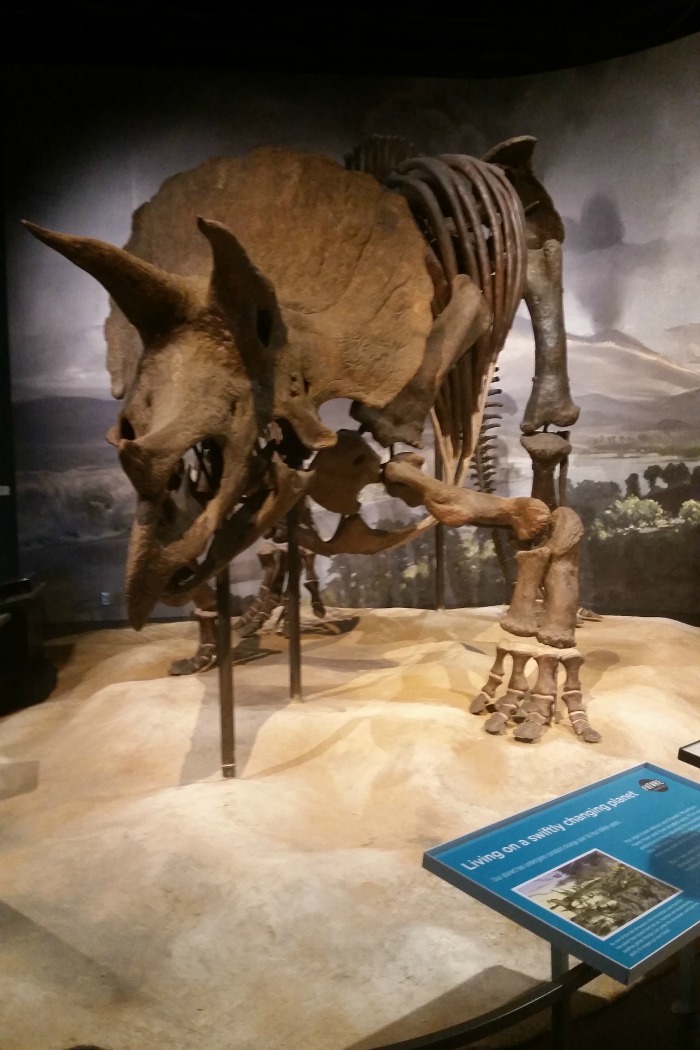 It simply amazes me each time I get face to face with Earth’s history and that of those who came before we walked the Earth. It is beyond my imagination how far we have come even in the last 100 years. My daughter has asked would humans have ever emerged if the dinosaurs had lived. To be honest, I don’t know and have begun to wonder myself what would have been if things had went another way. Don’t you?

Have you visited the Science Museum of Minnesota?