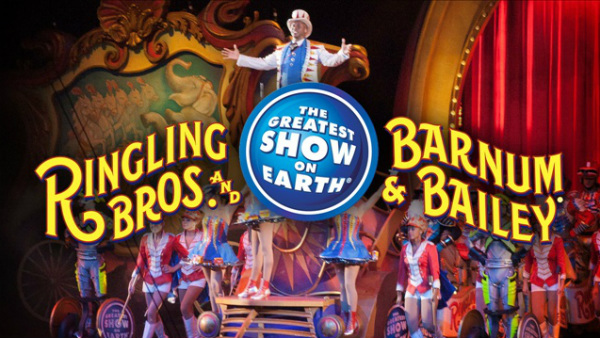 From ring to ring, you have entertained. From generation to generation, you have brought families together. You have invited us in to witness and be a part of the Greatest Show on Earth.

But, you have also become one of America’s great tragedies. After nearly a century and a half in business, doing what you do best, you will vacate your place in the entertainment space. There will be other circuses. But, there will never be another Ringling Bros and Barnum & Bailey Circus. You have never wavered from your roots – your history, your way of working and promoting, and your way of entertaining. Until, recently. Pressures to change practices. Pressures to change acts. Pressures to conform to current ways.

Most people are unaware of the extent you cared for animals. Most are unaware of the brilliant business model to get people in the door to experience the circus and buy memorabilia and merchandise. Most are unaware that Ringling Bros. was the entry point for so many to begin their careers in show business. It was a gateway for many around the world to explore, to share culture, and to provide smiles. It was so much to so many.

In many ways, it was part of the American way. I remember the excitement when the train stopped in a city. I remember the authentic joy the clowns brought as the elephants paraded down the streets to the arena. I remember the genuine love of the circus by its performers behind the scenes and in the rings. I remember the sweat on the brow before each show and the smiles that filled the stands.

So it begs the question: Why did Ringling Bros. and Barnum & Bailey fail? Or did we fail it?

I have struggled to explain how we allow our American icons to disappear. For what? Better, more wholesome family entertainment? Why did the business environment change so rapidly? Or did it?  Was it lack of strategic foresight? Was it changing societal norms? Were there simply better options? Or did we take it for granted that what was once here will always be here?

This was an icon that navigated the generations. It circumvented challenges over nearly 15 decades. Somehow it remained relevant year after year, until now. But why? To some, Ringling gave up its core values and become something different when it removed elephants from its show. To others, no matter the advances or new innovations, it was still the circus that you only needed to see once. To others, it was a lumbering icon that couldn’t change quickly enough to keep up with the pace of technology and today’s entertainment. And, to others, it was simply taken for granted that it would always be there for us, like it had been for the previous 146 years.

Perhaps, this is less Ringling Bros. giving up or giving in and more a statement of the America we live in today. We gravitate to sexy headlines. We are intrigued more by the glitz and less by the substance. We place stereotypes on things that we are reluctant to ever modify. We expose our youth more to what is ahead and much less to what is now. Reality works best when there is controversy or big names. But, that has never been the circus’ way.  Theirs was a way of basic, good old-fashioned American values.

This ending of an era sends a message to all of us.  It reminds us that relevance is fleeting.  It reminds us, as parents and grandparents, that we must find new forms of entertainment to bring our families together. It reminds us to hold on to what is important to each of us – whether it is the circus or something else. At its core, this is about family values – and working fiercely to protect them – in whatever way is most appropriate to today’s family.

The circus that convened families, generations and communities is soon to be no longer here. For many it has been replaced by the bright lights of the computer screen and video games as well as the solitude it brings. We may not be able to recreate the greatest show on earth, but we can recreate the environment and the magic that it was to families who came together to celebrate the goodness and wholesomeness it represented.

There will be many questions. What really happened to end this era? What will become of the animals for whom Ringling provided such genuine and remarkable care? What will happen to the children who no longer have the greatest show on earth?

There will be answers. But, unfortunately, not the same answers our parents had for us.

Brad Deutser is president of Deutser LLC (www.deutser.com), a consulting firm that advises leaders and organizations about achieving clarity, especially in times of transition, growth or crisis. He previously worked for Ringling Bros. and Barnum & Bailey Circus.

Ringling Bros Circus: The End of an Era. By Brad Deutser (originally featured in NYdailynews.com)