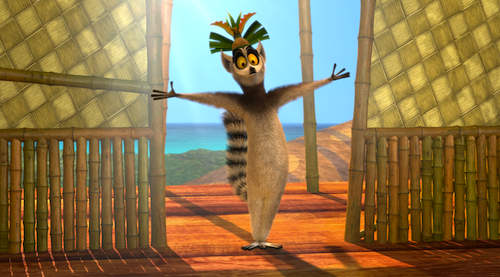 Head over to Netflix, sit back, relax and enjoy the show that Robert Lloyd of the Los Angeles Times says “Delivers on all the important accounts… Style, script, timing and performance.” Maybe even pick up a few new dance moves while you enjoy the wild and crazy antics of the King and meet Timo, Madagascar’s resident scientist and newest member of the tribe. 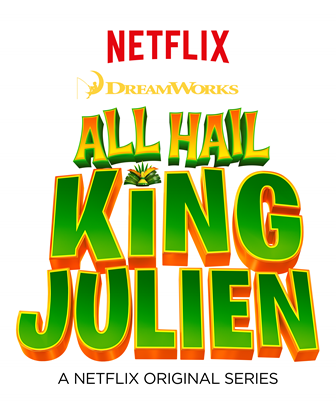 King Julien keeps the carefree, party-infused humor going in five all-new episodes debuting exclusively on Netflix April 3. All Hail King Julien brings the wild world of Madagascar to a totally original, totally hilarious and totally insane television series in which the king takes on the craziest adventures the jungle has to offer. A new cast of fantastic, colorful characters joins King Julien himself, along with his second-in-command Maurice, and the eternally devoted Mort. It’s a riot of color — not to mention a laugh riot — when viewers All Hail King Julien!

“Eat Pray Shove”
Directed by: Christo Stamboliev / Written by: Elliott Owen
Clover is forced to take a vacation, and while she’s away, she meets the handsome and free-spirited Sage Moondancer.

“He Blinded Me With Science”
Directed by: Bret Haaland & James Wootton / Written by: Dan Milano & Mitch Watson
Julien teams up with Timo the tenrec, a scientist enlisted by the king to automate everything in the kingdom.

“One More Cup”
Directed by: Stephen Heneveld / Written by: Mitch Watson
Julien finds a bag of coffee beans in the Cove of Wonders and gets the entire lemur community hooked on caffeine.