Chances are if you are a mom of boys, you have heard the saying, “It’s Nerf and or Nothin’!” My youngest two sons took this to heart in their every going obsession to own every Nerf gun made since they could hold them and shoot. Heck even my daughters have joined in the fun with the new Rebelle series. Never fail though as Nerf is the highest quality toy gun of its type. 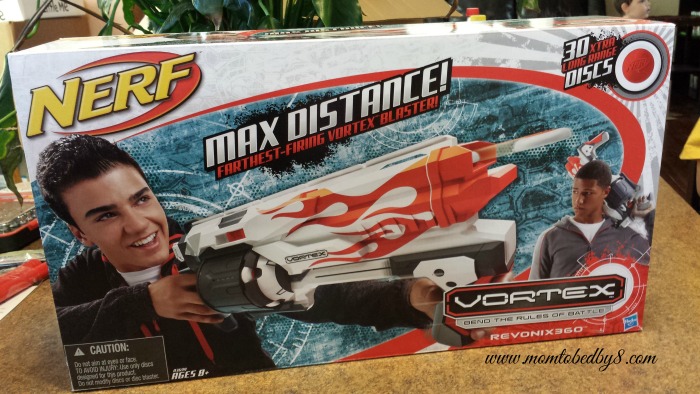 The Nerf Vortex Revonix360 offers long-range firepower. Boasting its capability to be a stunning 65 feet! Have we reached that length? Nah, but hey with the snow holding tight it is hard to get outdoors and really give it a go. Our best was from one end mud room to the nearly the end of the living area – pushing a wopping 52 feet 2 inches. Close enough right?

Another promising feature is the huge ammo storage on this baby. The Revonix360 can hold 30 long-range XLR discs at one time. While that is not even close to some of Nerf’s heavy hitter capacity, it is pretty darn good for a unit of its size. Being big but not too big and definitely not too far on the weighted side makes this an awesome blaster for my seven year old when it is time for battle. 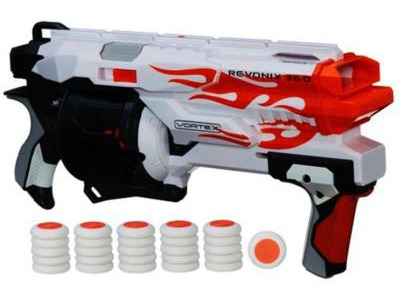 While the ammo capacity is nice, the automatic firing is what has me sold. Simply hold down the trigger to unleash a constant stream of discs at your target as fast as you can slide the Slam Fire handle! The Roto-Action barrel rotates as you fire allowing for continuous refill {or until all your ammo is used up}. This is a great feature for those who do not like the pull back trigger mechanism featured on all non-electronic units I have come in contact. It also allows for faster fire power during battle play mode. Two weeks in and 9 uses later, we have yet to have a freeze up or ammo stuckage. Rockin on! 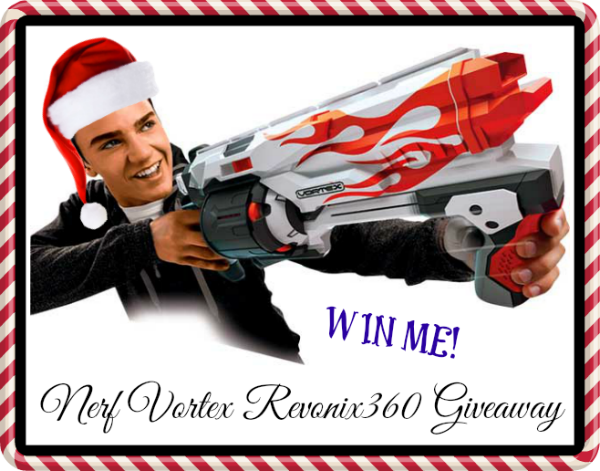 One lucky reader will receive a Nerf Vortex Revonix360.

Giveaway ends December 20th  at 11:59pm, open to US residents only, ages 18+. One entrant per household. Void where prohibited by law. To enter please use the giveaway form below. Good luck!