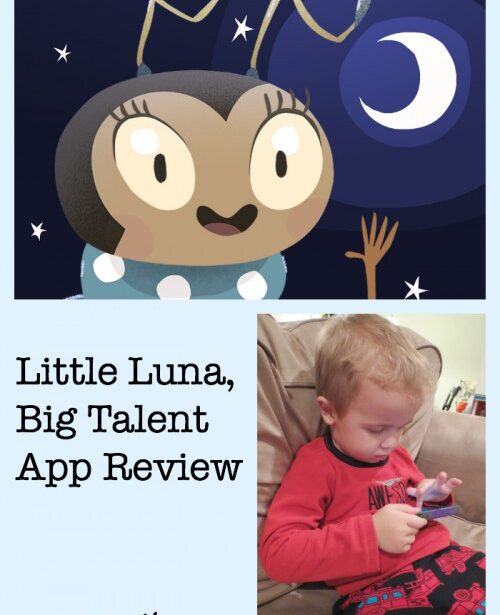 There is no denying the fact that our children are being raised with more “screen-time” than we were. As a mother of four boys ages 8 and younger, I see what a big role electronics play in their world with regard to the latest toys and educational gadgets. Our kids are allowed to play with various Apple devices and apps, but we try to keep them non-violent and rather purposeful – if that is even possible. We were recently introduced to one of the latest apps for preschool and elementary school aged children called “Little Luna – Big Talent”. I read the description and realized QUICKLY that this app was going to be a sure hit with the three oldest of my children! As you may very well know, boys have a rather primal fascination with all things related to bodily functions, hence the reason why the Fart-blaster and Whoopie cushion are the most coveted items in our toy box. 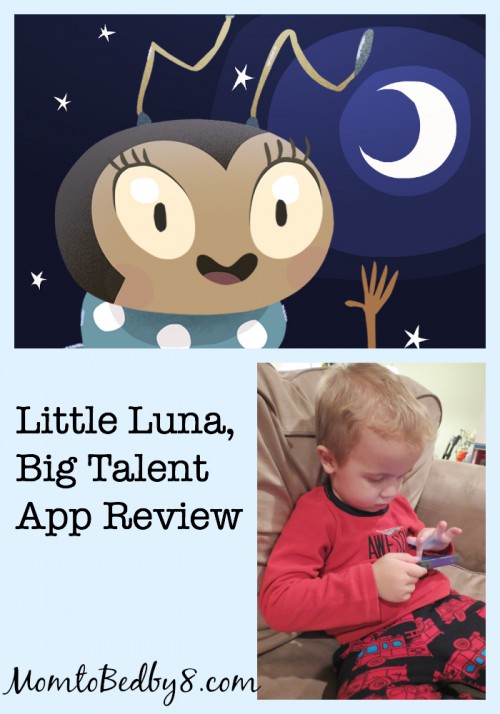 Little Luna is an adorable bombardier beetle with an equally cute family consisting of her mother, father and brothers. The storyline is based around their incredibly funny talent of “tooting”, which all in its own is wildly entertaining and will captivate any little child’s attention, especially the boys’ in our house!

I downloaded the app on my phone and just handed the kids the phone to see what would happen. The kids were immediately interested in the story line because of the graphics and music – they actually started to fight over who got to hold the phone, but that’s neither here nor there. The app rather quickly went onto grab their attention by engaging them in a game of target tooting, think “angry-birds-type” target shooting, but with the rear end used to aim! 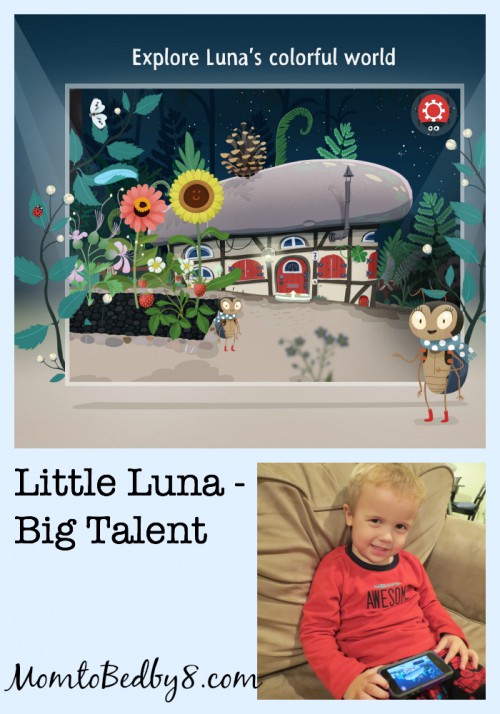 The storyline goes on to take the player on an adventure to do yoga with Luna’s mom and then show their talents as musicians of a very special kind with Luna’s brothers. The story and subsequent games take the player on a great adventure, constantly changing the activities and keeping things interesting even for the younger players who may not be as coordinated as the older ones. Simple touches around the landscape allows the player to explore and find fun items throughout the scene – this feature alone was enough for our three year old to keep playing for a long time.

Our three boys ages 3, 6 and 8 all enjoyed the game, the storyline and graphics. As a parent, I felt that the kids got the benefit of hearing a great children’s book story, while the app continued to grab their attention with the interactive activities sprinkled throughout.

Little Luna – Big Talent is available in the iTunes App store for $2.99, which is a great value for a quality app that provides hours of tooting fun.

Video trailer: http://youtu.be/KRQrU_nCPqU – see for yourself before you purchase.

Tove M Stakkestad
Tove is a Danish American mama to four boys! She reports live from the trenches of motherhood, surrounded by life, love, laughter and lots of Legos!