A is for “awesome” in these five ABC play dates from Nick Jr.! Kids learn about letters and reading as they visit libraries with Team Umizoomi and Diego, help Dora save ABC animals, and jump into classic stories with Blue’s Clues and the Wonder Pets!

Team Umizoomi: To The Library
A girl calls for Team Umizoomi to get a book from the library called “Good night Polka-Dot Pirate” as it is up to the team to check the book out and take it to the girl.

Dora The Explorer: ABC Animals
Dora and Boots are with the Giant ABC Book. When the book opened, the Armadillo came out asking for help. According to Armadillo, all of his animal friends inside the Giant ABC Book are missing and now he is all alone. Dora and Boots helps Armadillo find all of his animal friends by going through The Elevator at E, through The Slippery Slide at S and to Z.

Blue’s Clues: Blue’s ABC’s
By reading off a grocery list, we help Mr. Salt and Mr. Pepper do their grocery shopping in order to feed a hungry Paprika. Later, we skidoo into a storybook and determine the correct order of words to make complete sentences through visual and contextual clues.

Go, Diego, Go!: Linda the Librarian
Alicia is opening a new library and it’s up to Linda the Llama and Diego to bring her the new books.

Ni Hao, Kai-Lan: Kai-Lan’s Big Play
Kai-Lan and her friends are putting on a play based on the Chinese folktale about the Monkey King. When Rintoo gets the part that Hoho wanted, Hoho quits the play and it’s up to the viewer to help Kai-Lan figure out what to do. 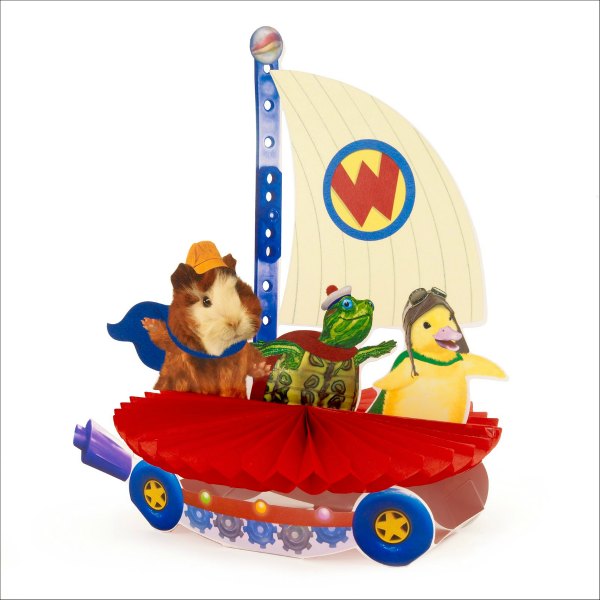 Wonder Pets: Save the Itsy Bitsy Spider
The Wonder Pets go under the ground to visit Ollie. Then the Wonder Pets help the distraught spider that keeps being flushed down the waterspout in a painting.

One lucky reader will receive a Let’s Learn: ABCs DVD!

Giveaway ends September 7th at 11:59pm, open to US residents, ages 18+. To enter please use the Rafflecopter form below. Good luck.