Something very special happens for me on August 22nd, an event I just cannot contain any longer! Hints to help lead the way

Still confused? I am headed to Los Angeles, California for a Disney Blogger Trip to screen the amazing films below. Some I am sure you have heard of and one is very new. Joy and excitement is zooming around and I can not even stay in my seat. There are so many amazing things I get to experience and share with you. Make sure sure you follow @momtobedby8 on twitter and Mom to Bed by 8 on facebook for sneak peeks along the way. Also you can keep up with the entire crew headed that way on twitter using hashtag #disneyinhomebloggers 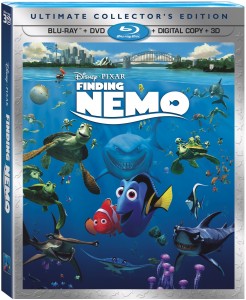 FINDING NEMO 3D
Trailer Clip: http://youtu.be/SPHfeNgogVs
In Theaters September 14th & Available on Blu-ray + DVD Combo Pack December 4th
In this stunning underwater adventure teeming with memorable comedic characters and heartfelt emotion, “Finding Nemo” follows the momentous journey of an overprotective clownfish named Marlin (voiced by Albert Brooks) and his young son Nemo (voiced by Alexander Gould). When the two are unexpectedly separated in the Great Barrier Reef, Nemo is carried far from his ocean home and deposited in a fish tank in a dentist’s office. Buoyed by the companionship of Dory (voiced by Ellen DeGeneres), a friendly-but-forgetful blue tang fish, Marlin embarks on a dangerous trek and finds himself the unlikely hero of an epic effort to rescue his son––who hatches a few daring plans of his own to return safely home. 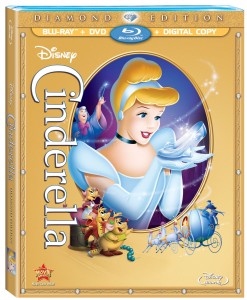 CINDERELLA: Diamond Edition
Trailer Clip: http://youtu.be/Du9A-A_9OT0
Available on Blu-ray + DVD Combo Pack October 2nd
Everyone orders Cinderella around: her cruel stepmother, her awful stepsisters — even the big clock in the church tower tells her when to start another day of drudgery. But they can’t stop her from dreaming, and Cinderella has faith that someday her wishes will come true. When an invitation to the royal ball arrives, Cinderella is sure her time has come — until her stepsisters, with the encouragement of Lady Tremaine, tear her gown to shreds. Just when Cinderella believes all is lost, her Fairy Godmother appears, and with a wave of her wand and “Bibbidi-Bobbidi-Boo,” transforms an ordinary pumpkin into a magnificent coach and Cinderella’s rags into a gorgeous gown, then sends her off to the Royal Ball. But Cinderella’s enchanted evening must end when the spell is broken at midnight. It will take the help of her daring animal mice friends and a perfect fit into a glass slipper to create the ultimate fairy tale ending. 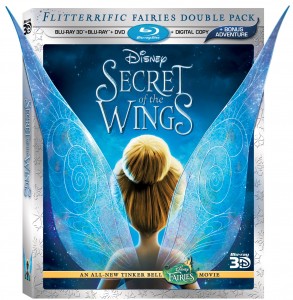 The Walt Disney Studios unveils an all-new, original full-length CG-animated feature film, “Secret of the Wings,” starring Tinker Bell, one of Disney’s most beloved and iconic characters, along with her fairy friends (Fawn, Iridessa, Rosetta, Silvermist and Vidia) and introducing a sparkling new winter fairy, Periwinkle. Debuting on Blu-ray™ Combo Pack, DVD and Digital on October 23, 2012, the film marks the first time ever Tinker Bell will fly on Disney Blu-ray 3D.

For Tinker Bell and the other warm season fairies, the Winter Woods remains a mysterious and forbidden place. “Secret of the Wings” takes audiences on an amazing journey of discovery with Tink, into this forbidden world where she discovers a magical secret that changes her life forever.

Disclosure: I will be receiving accommodations and travel associated with #disneyinhomebloggers /Disney Press event. No additional compensation has been received. My opinions are my own and may differ from those of your own.