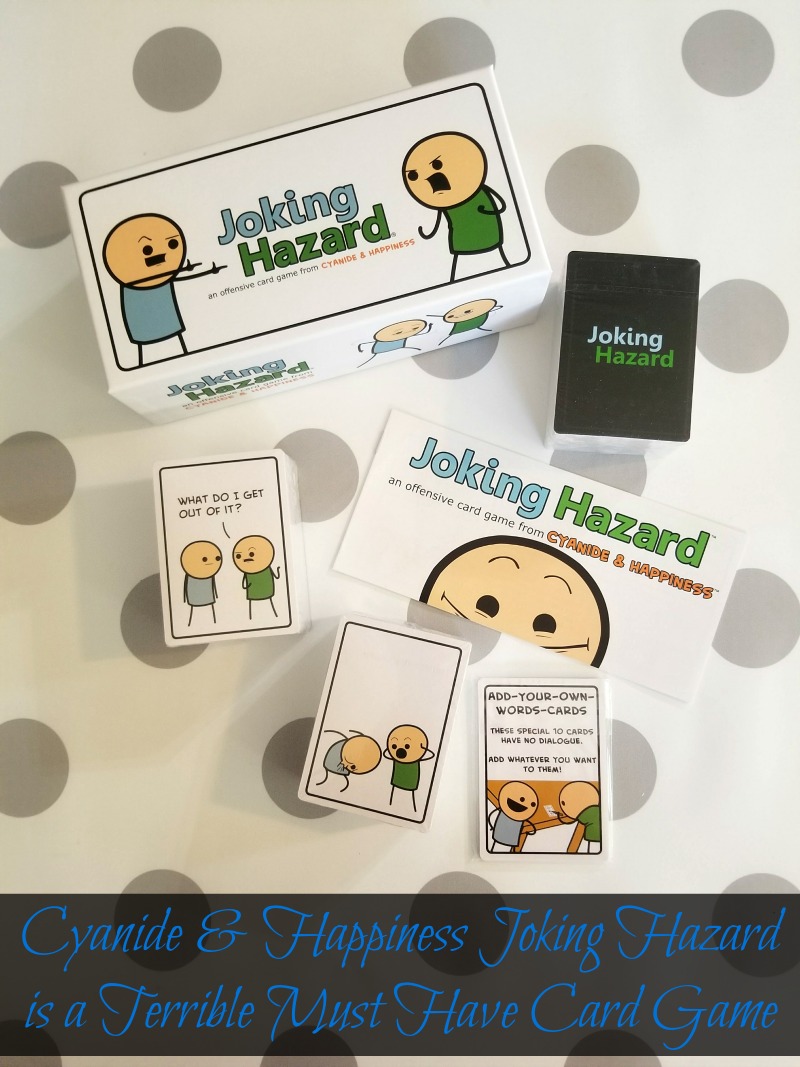 Joking Hazard is the disgusting and amazing new card game by Cyanide & Happiness. Inspired by the Random Comic Generator, this is a terribly fun one to play. Gather the family around the holiday table and see who can make the worst best scene yet!

The game is set to finish awful comics, using panels drawn from a deck full of tens of millions of sexy and horrifying possibilities. Joking Hazard includes 350 comic panel cards to set the stage. It also has 10 add-your-own-words cards, for those that love to get down and dirty all on their own. 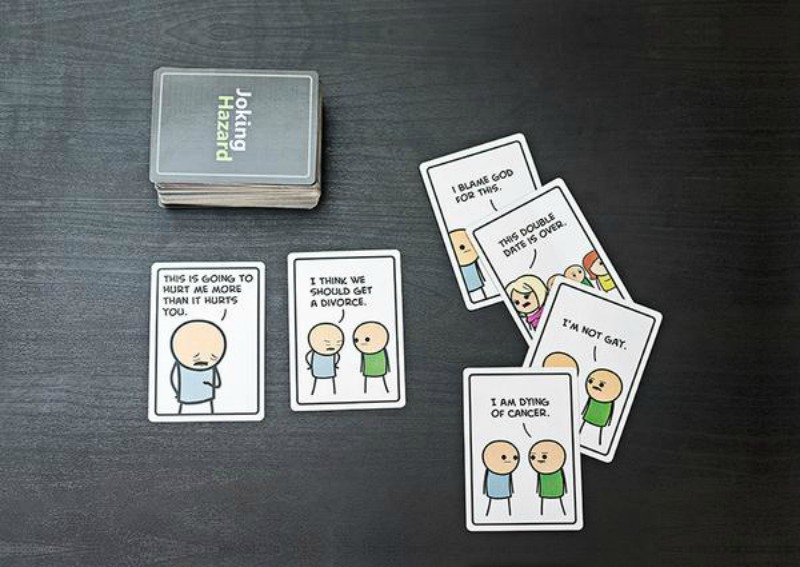 The rules are simple: First, everyone takes a bunch of panel cards and a judge is selected. The first panel of the comic is drawn randomly from the deck. The next panel is placed intentionally by the judge, making a set-up. Everyone else finishes the comic with a card from their hand, and the judge picks the funniest one. 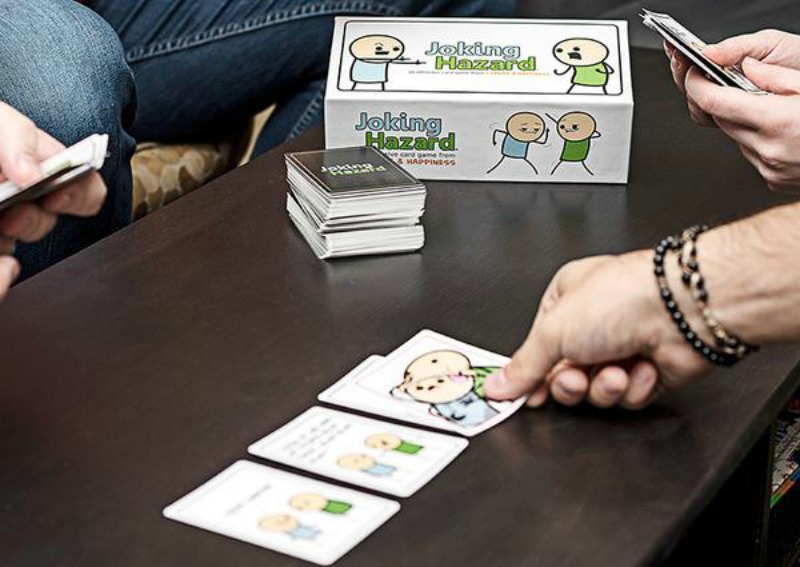 Joking Hazard has been sensationally that well reviewed and raised over 3 million dollars on Kickstarter. Now released upon the world, get ready to laugh and then feel bad for laughing. Probably!

This is a not for kids party game as it is from the minds of Cyanide & Happiness, the hit YouTube webcomic. Best suited for ages 17+ and with those that are not easily offended or at least people you could care less if they get their feathers ruffled.

The game requires three or more players to compete for the best build funny and terrible comics about friendship, violence, sex, and everything in between. This is one of those where the more the merrier. It is truly wild to see what everyone will come-up with and what the judge believes is the best. Some will leave you laughing so hard tears spring to the eyes and other scratching your head in confusion.

The 360 panel cards (including 10 add-your-own-words cards) combine to form millions of awful situations, and sometimes nice ones. Don’t worry as these are high quality cards that can be burned for heat after society collapses or when you decide that it is no longer a Joking Hazard moment! Seriously, don’t do that. 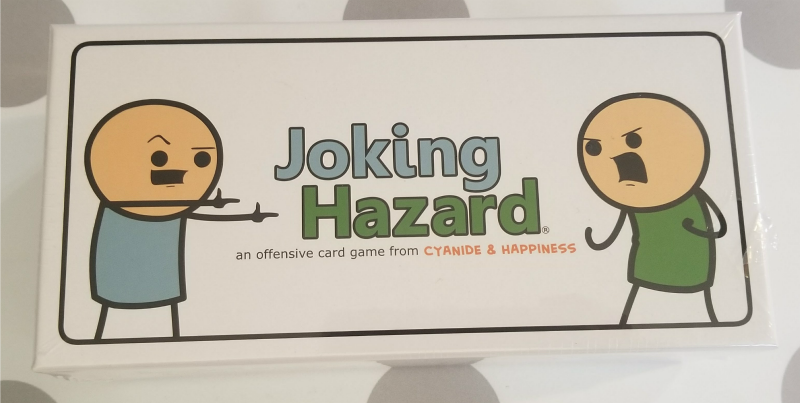