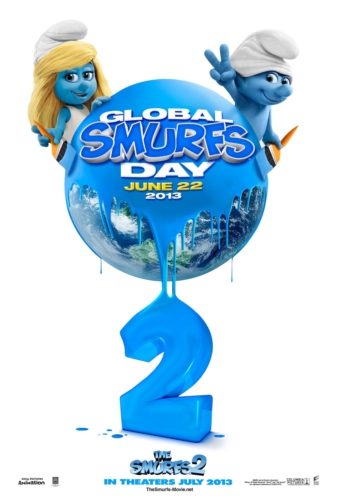 Smurfs are BACK and ready for world domination. In fact, this Saturday is Global Smurfs Day and we’re celebrating a little early, along with our friends at Ubisoft (who happen to be releasing a new Smurfs game). We’ve got a Twitter Party lined up sure to make you smile. Because Smurfs are cute and we’re clever and this will just be a lot of fun. Laaaa la la la la laaaaaaa!

Who: You, anyone who likes the color Blue, and everyone who wants to get the lowdown on Gargamel
What: The “Global Smurfs Day” Twitter Party
When: Thursday, June 20,2013 at 12pm PT / 3pm ET
Where: On Twitter! CleverTweets: coming soon
Follow: @Clever_Network
Hashtag: #GlobalSmurfsDay
Prizes: Copies of the Smurfs 2 video game, Smurfs Dance Party, & Smurfs plush toys!

Share the love of blue by Retweeting this out: