Disney presents one of the greatest rescue stories ever told. THE FINEST HOURS a heroic action-thriller based on the extraordinary true story of of the greatest small-boat rescue in Coast Guard history. Starring Chris Pine (the “Star Trek” films), Academy Award® and Golden Globe® nominee Casey Affleck (“Interstellar”), Ben Foster (“3:10 to Yuma”) and Eric Bana (“Lone Survivor”), “THE FINEST HOURS” makes its in-home debut packaged with a host of bonus features about the making of the movie and the remarkable true-life events that inspired it. Available on Blu-ray™ Combo Pack, Digital HD and Disney Movies Anywhere NOW. 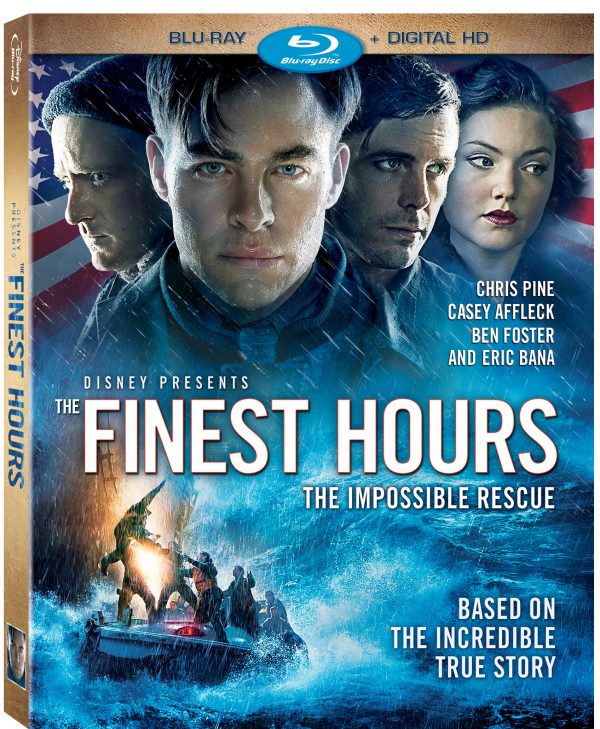 This heroic action-thriller is based on the extraordinary true story of the greatest small-boat rescue in Coast Guard history. In 1952, a massive winter storm strikes off the coast of Cape Cod, ripping a T-2 oil tanker in half and trapping more than 30 sailors inside its rapidly sinking stern. When word of the disaster reaches the U.S. Coast Guard, four men led by Captain Bernie Webber (Chris Pine) set out in a 12-seat boat on a daring mission to rescue the stranded men, braving freezing cold, 60-foot waves and hurricane-force winds, and guided by Webber’s vow that “We all live, or we all die.” Packed with thrilling, larger-than-life action and anchored in a belief in the strength of the human spirit, The Finest Hours is a triumph.