“Families of Puerto Rico” introduces nine-year-old Jose, who lives with his mother, father and sister Tanya, in the capital city of San Juan. A hurricane is on its way, so Jose and his family are making preparations while still going about their day, which includes school for

Jose and his sister, and work for their parents. Jose shares the history of his homeland’s name (the island of Borinquen, renamed Puerto Rico by the Spanish after a visit and claiming by Columbus), what “good manners” mean in his country and his desire to be a veterinarian when he grows up.

Eight-year-old Laura, lives on a farm with her mother and father. She attends private school more than an hour away, learning both English and Spanish while her parents work. She talks about her weekly piano lesson and introduces her pet Coquis frog. Later she visits the world’s largest radio telescope to listen to radio waves from outer space, and reads before turning in for the day. 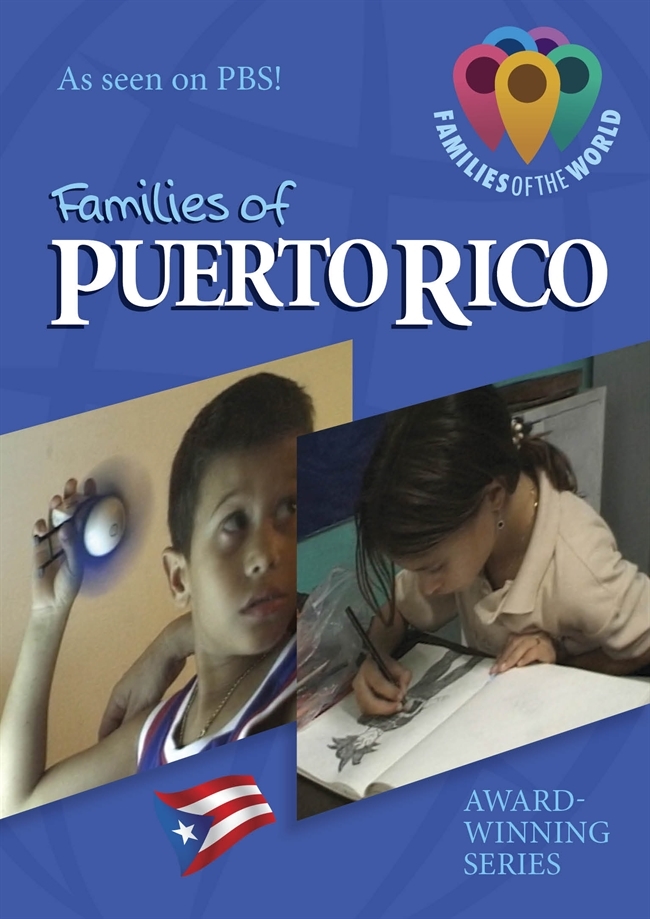 Families of the World DVDs are also available September 8, 2015 for the value price of $9.99 each, plus shipping, and the total set for $275, which includes shipping within the continental USA.

Families of the World offers a documentary-style “day in the life” glimpse into how people in different countries live from a child’s point of view. Focusing on two children from differing homes, one urban, one rural, Families of the World invites viewers along through their daily routines, introducing both the similarities and differences that exist.

For more information or to order visit www.familiesoftheworld.com.

Want to win a DVD copy of Families of Puerto Rico just in time for September’s National Hispanic Heritage Month? To enter, visit Families of the World and leave a comment on this blog article below telling us another one of series films you would like to own.

Giveaway is open to US residents, age 18+ only. Entry period ends on September 15, 2015. Visit Giveaway Terms & Conditions for additional details and rules.