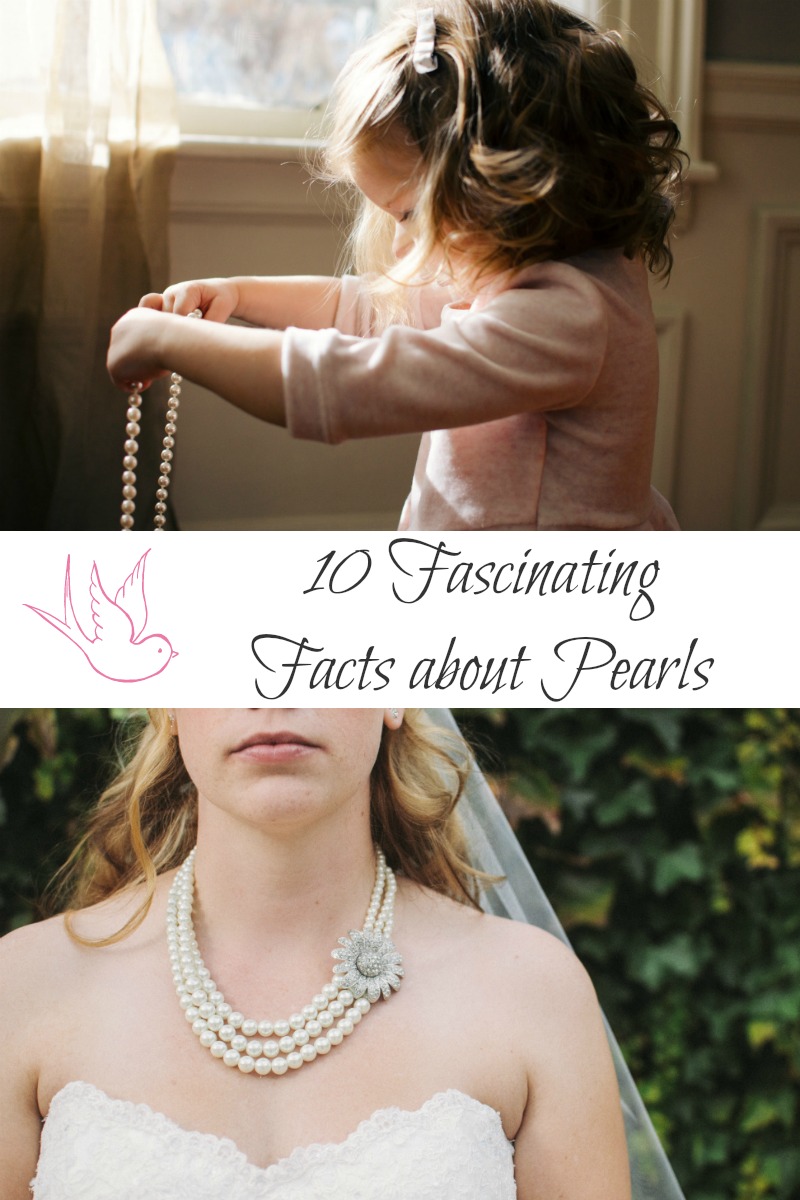 We often tend to associate pearls with elegance and formal events. However, did you know that in Antiquity, these tiny wonders weren’t even perceived as valuable? The Ancient Chinese called them “oyster eggs” and would simply discard them, since only the oyster mattered. In this article, we’re going to share some rather unusual facts about pearls. Some of them might appear to be familiar, while will certainly surprise you.

You’ve probably heard about Cartier, the famous Fifth Avenue jewelry. The least known fact about Cartier is that the store was bought by Jacques Cartier with a strand of pearls. Yes, history reveals that Cartier traveled to America in 1916 so that he could expand his family business. The plot on which the jewelry store lies today was bought by Cartier with an exquisite double-strand pearls necklace. At the time Cartier purchased the Fifth Avenue store, the pearls necklace had an estimated value of $1.2 million.

Everyone assumes that all pearls are white. Nothing could be further from the truth! Natural pearls come in all manner of colors, including ivory, gold, pink, purple, and black. Other types of pearls, like the baroque ones, also come in silver. This is why baroque pearls are very valuable and extremely rare compared to white or pink pearls.

Harvesting pearls is a dangerous and often deadly occupation

Called pearl-diving, this occupation has existed ever since society understood the value of pearls. However, to call pearl-diving unsafe would be an understatement. Many divers have lost their lives due to sharks prowling around the area or after getting caught in the seabed.  Do keep in mind that there were times where peal-divers had to rely only on their lungs’ capacity to extract the pearl, whereas today they have the advantage of scuba gear.

Pearls are not only beautiful but also great for the environment. When a pearl farm moves from one area to another, it helps regenerate the local fauna and flora. Furthermore, mollusks are very good at picking up changes in water quality. This is the reason why pearl farmer must only be on the watch.

Most people think that invertebrates such as oysters and mollusks are capable of creating one pearl. Well, that is partially correct. While an oyster can only create one gem, a single mollusk’s capable of producing up to 50 pearls during a single harvest.

Jewelry crafted from natural pearls have been used as accessories since Ancient Egypt. Because of their luster and scarcity, they were often looked upon as symbols of wealth and statute. To the end of the 16th century, the pearl cult took such a turn that commoners were banned from wearing or even possessing pearls. The only ones entitled to wear them were kings, queens, and influential courtiers.

They will always shine

No matter what you do to it, that precious pearl strand will always keep its luster. The pearl’s surface is so remarkable that even a deep scratch can be wished away by simply rubbing the affected part.

One of the most interesting facts about oysters is that they are born male and are capable of changing their gender after reaching adulthood. In general, oysters become fully mature after one year and gender-swap during the third year of life.

Pearls aren’t born from a grain of sand

Contrary to popular belief, pearls aren’t the result of sand irritation. Sure, any type of foreign particle can stimulate the oyster or mollusks, but only parasites are capable of making it ‘cry out’ an oyster. The parasite breaches the shell and basically irritates the soft tissue. In an attempt to fight back against the intruder, the oyster would envelop the foreign body in nacre. This biological process is called encystation.

Pearls gain an unusual luster when worn on the skin

Ever heard about that old tip about making pearls shine even brighter by wearing them on the skin? Well, believe it or not, it’s a fact, not a myth. Pearls have the ability to absorb the natural oils produced by the human skin, giving them a sort of pure-white glare.

One can say with absolute certainty that nothing beats pearls in elegance. These white or pink or ivory wonder are not just perfect accessories that go along marvelously with a black dress, but they’re also born out of tears, pain, and suffering.