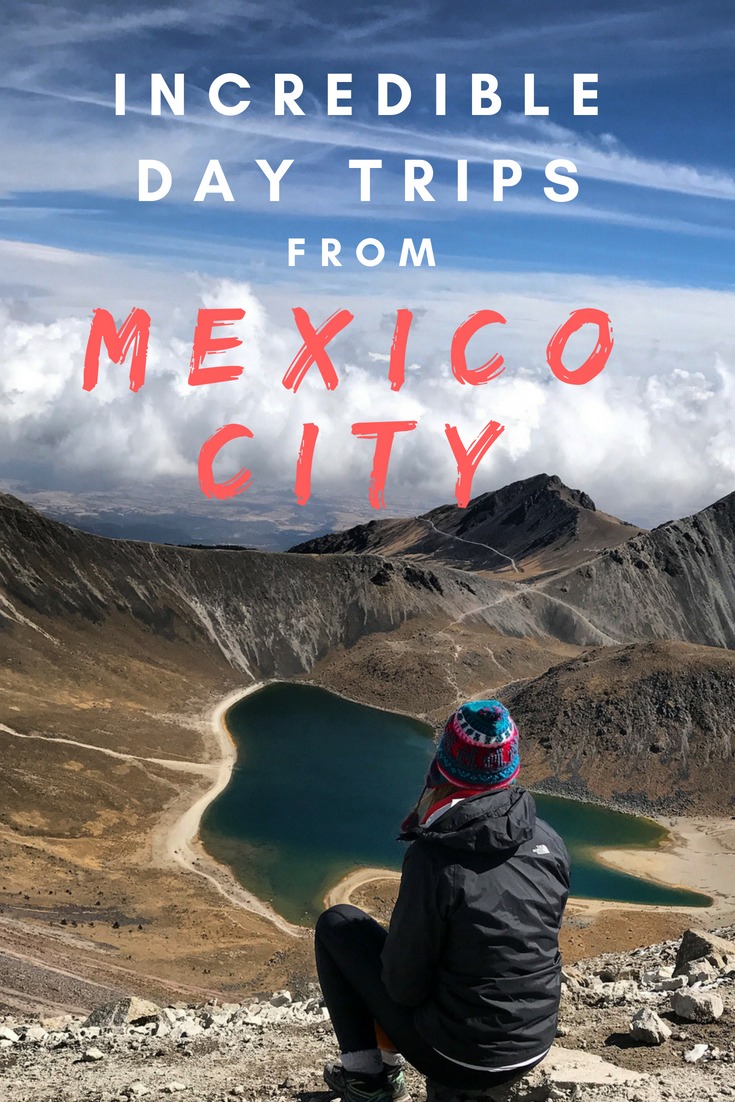 Mexico City has it all! The city boasts some of the world’s best museums, fascinating archaeological sites, world-class bars and restaurants, and an unbeatable art scene that is quickly rising to the top and becoming the talk of travel magazines. While you’ll love exploring this immense cultural hub, sooner or later you’ll need a break from the bustle and hustle of the city.

Located close enough to the capital city of Mexico to be enjoyed as a quick day getaway from the chaos of this gigantic metropolis, here are seven of the best day trips that you need to add to your Mexico City itinerary.

Surrounded by Queretaro’s famed vineyards and cheese farms, Tequisquiapan is one of Mexico’s best destinations to go wine tasting. Just a two and a half hour drive away from Mexico City, this colonial town is home to a monument that marks the exact center of Mexico and a unique set of thermal baths to unwind after a day of exploring the town’s magical winding streets.

Bernal is a colorful little village in the state of Querétaro that is towered by the world’s tallest monolith. If you’re into rock climbing, you’ll love Bernal, but if you’re not, a stroll through the winding cobblestone streets of this gorgeous village will leave you breathless.

If you find yourself at Yucatan you can visit Cenotes, Merida or Uxmal. Read more about these places here.

Legend has it that, once upon a time, all the gods of the universe met here to discuss the creation of humans.

Located just an hour drive away from the city center, right in the heart of the Valley of Mexico, Teotihuacan boasts a renowned archeological significance.

This archaeological treasure is towered by two gigantic Aztec pyramids – Pyramid of the Sun and Pyramid of the Moon, both of which are surrounded by smaller monuments that date back to the pre-Columbian period. Teotihuacan is famed for being the most important site in Central America due to its archaeological and historical significance.

Home to a thriving art scene, more than 70 colonial churches, and a city center filled with centenarian buildings covered in colorful ceramic tiles, the city of Puebla is quickly rising to the top and becoming one of Mexico’s most sought out destinations.

To top things off, Puebla’s skyline is lined with views of the almighty Popocatepetl, an active volcano and the second highest peak in Mexico.

Famous for its scrumptious artisanal ice creams and the ruins of a pyramid that sit atop Tepozteco Mountain, this quaint little pueblo is one of Mexico’s magical villages. Tepoztlán brims with authentic Mexican culture, as its residents have refused to let go of their traditions and mystic legends.

Note: Tepoztlán is not to be confused with Tepotzotlán.

Although the city is small, interesting sights abound. A favorite go-to place for a weekend getaway for residents of Mexico City, this tiny town is filled with historically-rich and cultural places. Backdropped by volcanoes, Tlaxcala charms its visitors with its colorful facades and stunning nature.

Feeling up for an adventure? Hop on a hot air balloon, where you’ll get to soar high above Mexico’s infamous volcanoes: Popocatepetl, Iztaccihuatl, Malintzi, and Pico de Orizaba.

Moreover, if you happen to visit during the summer, head over to the nearby firefly sanctuary after dark, as Tlaxcala forests get lit up by thousands of fireflies.

If nature is your jam, then a hike up one of Mexico’s most stunning landscapes should be in your Mexico City itinerary!

Located just a two hour drive away from Mexico City, Nevado de Toluca is the fourth highest peak in Mexico. Once you reach the summit of this volcano, you’ll be welcomed by two incredible turquoise-shaded lagoons and breathtaking vistas of the crater.