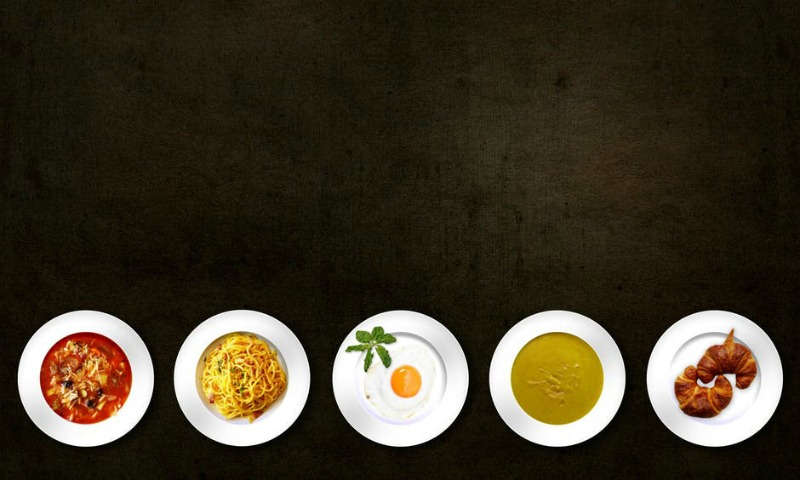 Most of us are guilty of falling into a rut when it comes to cooking. We have our easy recipes that we know we like, with the majority of households cycling through the same four or five meals week in week out. But food shouldn’t be boring- it can be tasty, healthy and fun with way less effort than you might think. We’re all busy and tired after working all day, but there are a few essentials in your kitchen that can make light work of.

By far one of the best kitchen gadgets you can invest in is a food processor. Sharp knives are of course an essential- this list of Cut it Fine will show you the best on the market right now- however a processor makes things so quick and easy. Using the grater attachment, blitz through some red and white cabbage, carrot and onion. Mix with some mayo and spices, and you have a quick healthy and tasty slaw which can be used on salads, in sandwiches or as a side for fish or meat. Throw in some mushroom, onion, courgette, carrot and whatever other veggies you have in your fridge into the processor on a fine chop, and you have a vegetarian alternative to ground meat. Use it in lasagne, bolognese, chili- cook it down with some spices. You could use this alone or to bulk up meat- either way it’s fresh, healthy and very tasty. The processor allows you to make homemade salsas, guac and hummus in seconds, there’s no messing around chopping and mashing things by hand. Having a food processor allows you to quickly and easy make all kinds of meals that you probably wouldn’t have bothered preparing otherwise as it cuts the prep time right down.

If you’re short on preparation time but love healthy and delicious home cooked meals, you absolutely need to invest in a slow cooker. Here you can throw a selection of veggies and meat into the pot in the morning, set it on low and come back up to twelve hours later to a fully prepared dish. Inexpensive cuts of meat work well here as they tend to be quite tough, however after being cooked low and slow all day they turn positively melt in the mouth tender. Throw in some veggies, herbs and stock cubes and you have a warming stew that’s perfect for the colder months. You can also make curries, roast joints of meat and adapt just about any recipe to make it slow cooker friendly. You can make desserts and even drinks like mulled wine, spiced apple cider and homemade hot chocolate from scratch.

Grilling is by far the best way to cook meat. You allow any fat to drain off, so it’s healthier, plus it’s quick and easy. Sandwich a chicken breast between cling film and bash it out with a meat tenderizer to flatten it. This will make it the same width the whole way across and quicker and easier to cook. Pop this on the grill, and it will be cooked by the time you’ve steamed some veggies and boiled some rice. Cook sausages to remove as much fat as possible, as well as bacon- the perfect way to get it crispy as it’s being cooked from above and below.