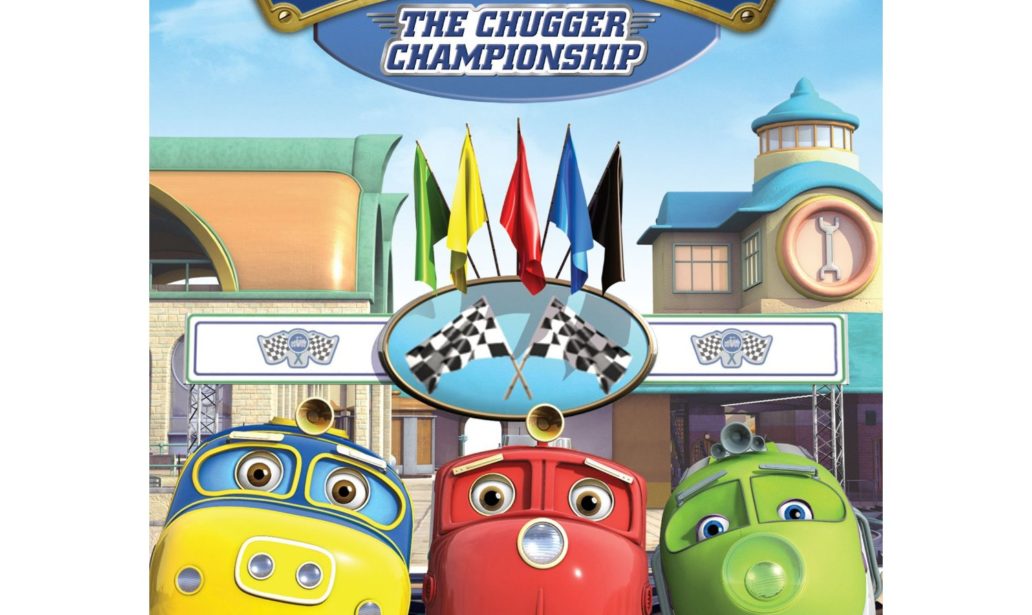 One thing I know for sure when buying a Chuggington DVD is that there will always be a valuable lesson in each episode. ‘THE CHUGGER CHAMPIONSHIP’ taught my children that being the fastest does not always make you a winner. Morals are very important in our home and it is the small teaching such as this that make Chuggington approved in our home.

Chuggington episodes are each 10 minutes long with is ideal for preschooler viewing. My 18 month old just started noticing the TV in the last month and he is really interested at the opening and the choo-choo of the trains. He may not be ready for a full ten minutes but my three older children really enjoyed this DVD from start to finish (many times).

A colorful and contemporary CGI-animated TV series from Ludorum that encourages early social readiness skills, “Chuggington” follows the amusing escapades of three young trainees, Wilson, Brewster and Koko, as they learn to “ride the rails” of life and become productive chuggers. The exciting train property for preschoolers airs daily on Disney Junior, Disney Channel’s programming block designed for kids ages 2-7 and their families.

“When preschoolers climb aboard with ‘Chuggington,’ they embark on positive adventures that teach them about interacting with the world around them,” said Julie Cartwright, SVP of Brand Marketing for Anchor Bay Entertainment. “Our newest DVD release brings all the fun and gentle lessons of the series to fans to enjoy again and again.”

In “The Chugger Championship,” the traintastic trio is ready to put their “wheels to the rails” for the biggest race in Chuggington! These six, action-packed adventures will have the whole family cheering. Young fans join Wilson, Brewster and Koko as they prepare for a test, invent a new contest and pick up a fun hobby, while learning about the importance of accountability and responsibility. Along the way, the three friends – and viewers at home – discover that a true champion isn’t always the one who finishes first!

“The Chugger Championship” is the newest addition to Anchor Bay Entertainment’s “Chuggington” DVD collection, which also includes “Chuggers To The Rescue,” “It’s Training Time” and “Let’s Ride The Rails.”

“Chuggington” has quickly become a global sensation since its debut in September 2008 in the U.K. The show has been licensed to more than 175 territories worldwide and has established ratings records in several key international markets, including the U.K., Germany, France and Australia. The series made its stateside debut in January 2010. The property has built an impressive portfolio of high-quality licensees in the U.S. with more than 30 licensees coming “aboard” to produce Chuggington products. Disney Junior acquired all U.S. television rights to the property for season two, which launched February 14, 2011. Disney Channel is currently available on basic cable in more than 99 million U.S. homes.

“Chuggington” is a CGI-animated series as well as a fully-immersive interactive website. The series follows the adventures of Wilson, Brewster and Koko, trainee engines, each with their own unique personality and learning style. The series is set in a world much like our own with cities, villages and diverse cultures and geography. Entertainment and enjoyment are at the heart of “Chuggington,” but embedded within each story are important educational and developmental messages centered on learning and social-emotional development. “Chuggington” is directed by Sarah Ball, who won a BAFTA award for her work as a director and writer of Bob the Builder™. The property was conceived to seamlessly integrate television, books and interactive. Further information is available at www.chuggington.com. 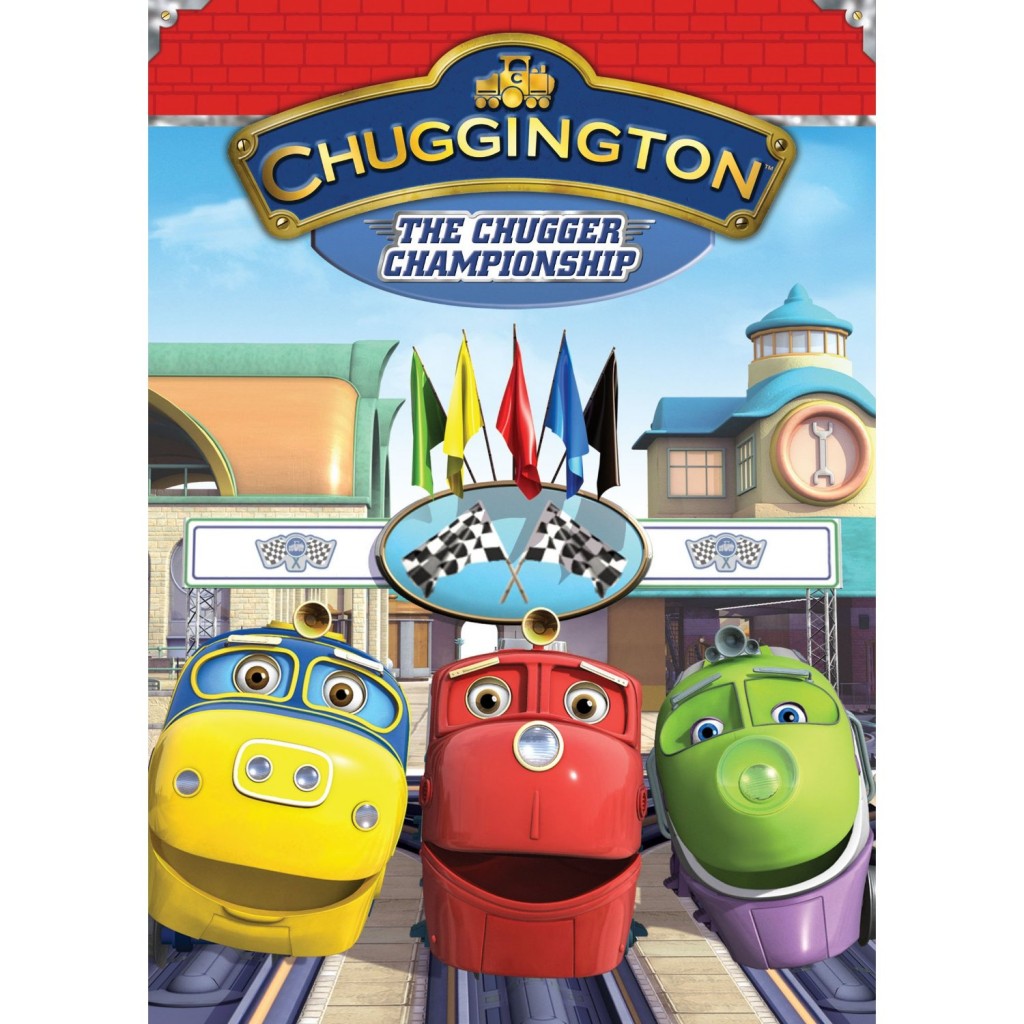 One lucky Mom to Bed by 8 reader will receive Chuggington: The Chugger Championship on DVD.

Disclosure: I received a sample(s) for the purpose of review. My opinions are my own. Please view our disclosure policy if you have any questions. Mom to Bed by 8 is not responsible for sponsors that do not fulfill their prizes.