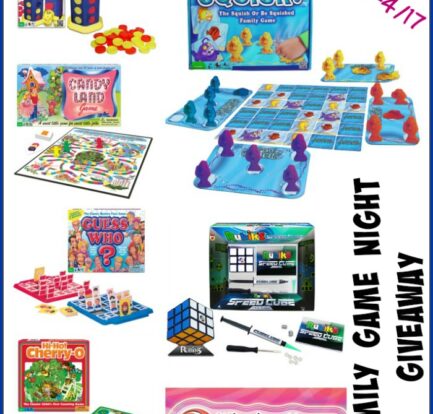 Welcome to the Family Game Night Giveaway Sponsor: Winning Moves Games – Host: Motherhood Defined Winning Moves is a leading maker of board games, card games, and puzzles. Since their first year of business in 1995, they have forged a close relationship with one of the world’s largest game companies, Hasbro, Inc., owner of Parker Brothers and […]

Complete your virtual passport with this fourth and final ‘Passport to Party’ video by entering the code at the end of the trailer into your online passport at zumbafitnessgame.com. Fans who register on the official site and keep their passport up-to-date can earn up to four entries in the World Party Sweepstakes that will send one lucky winner and a […]

Disney’s Club Penguin, the #1 virtual world for kids, is calling players to help save a galaxy far, far away in the most anticipated event in Club Penguin history, the Star Wars™ Takeover Event. Starting on July 25, members can train to become a Jedi Master, thwart Darth Herbert and destroy the Death Star. While they battle to […]

MAJESCO ENTERTAINMENT INVITES KIDS TO GET MOVING AND JOIN THE PARTY WITH ZUMBA®KIDS ON KINECT FOR XBOX 360 AND Wii™ First Brand Extension of the Best-Selling Video Game Franchise is Custom Designed for Younger Players  Zumba® Kids is expected to launch this holiday on Kinect™ for Xbox 360® and Wii™. Featuring a range of dance styles, creative mini-games, customization and […]

Zumba® Fitness Rush, available on Kinect™ for Xbox 360®, invites you to lose yourself in the music with an energetic and effective workout that makes you forget you’re even exercising. The visually-stunning game is jam packed with 42 sizzling new songs and routines, 10 of which are exclusive to Kinect for the Xbox 360 […]