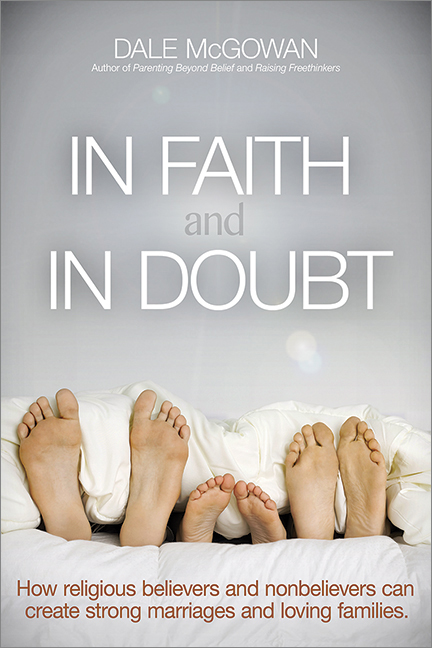 “But then…what are the children?”

If you have kids, and you tell someone that you and your partner have different religious beliefs, the next question is almost always the same: “But then…what are the children?”

It’s a sensible question. For most of human history, a family’s worldview has been placed on the kids at birth. When a couple didn’t share the same faith, the most common choice was to select one or the other as the identity for the kids.

But a large and growing number of mixed-belief couples are choosing a powerful third way: declining to label the kids at all.

The idea of raising a child with no specific worldview label—religious or irreligious—is as confusing to some people as raising a child without a name. But many mixed-belief couples do exactly that, raising a child who may participate in and learn about two or more distinct worldviews without being claimed or labeled by any until he or she is old enough to choose.

We would never call a four-year-old a “Marxist child” or a “Republican child.” It’s silly to place such a complex label on a child too young to have considered what it really means. It would only be a reflection of the parent’s own leanings. And yet no one sees any difficulty in simply declining to place political labels on a child until they can consider and choose for themselves.

The same can be said about “Catholic child” or “Muslim child” or “atheist child.” Until they are old enough to examine and choose among these complex worldviews, there’s no need to force the issue. In the process, we can protect our children’s right to make that choice themselves—a gift so universally valued that it’s enshrined in Article 18 of the Universal Declaration of Human Rights:

Everyone has the right to freedom of thought, conscience and religion; this right includes freedom to change his religion or belief, and freedom, either alone or in community with others and in public or private, to manifest his religion or belief in teaching, practice, worship and observance.

Leaving them free of labels does NOT mean our kids shouldn’t engage in religious practices or belief. It means the exact opposite. My youngest was always fascinated by the big questions, and by the time she was in second grade, she had described probably a half dozen different religious hypotheses to me—some conventional, some not, and all wonderful.

Erecting a wall between the child and all religious experience isn’t necessary or good. In fact, closing children off from these experiences can violate their autonomy just as much as restricting them to a single fragment of religious opinion. She can go to church or Sunday school, read the Bible, and pray without being called a Christian, Muslim, or Jew, just as she can challenge religious ideas, debate religious friends, and read The God Delusion without being an atheist.

A child with one religious and one nonreligious parent is in a uniquely lucky position to do all of these things—learn religious concepts and challenge them, engage in religious practice and wonder if they are meaningful, pray and question whether her prayers are heard.

My own parents achieved this without even intending to. We went to a UCC church every Sunday, but we were never asked to pledge ourselves to the denomination or even to call ourselves Christians. At the same time, we were encouraged to think and question and explore ideas. As a result, I came to my current views on my own. It’s the thing I value most about my worldview—that it’s really mine. Why would I deprive my kids of that feeling of authenticity?

Some kids raised this way end up choosing a religious identity; others choose a nonreligious one. In both cases, the individual receives the gift of genuine autonomy in a major life decision. And in neither case does the child have to go through the guilty turmoil of deciding whether to accept or reject a label placed on him by his loving parents. 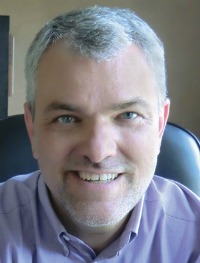 DALE McGOWAN, Ph.D., a Harvard Humanist of the Year, teaches workshops on secular parenting and serves as Executive Director of the charitable Foundation Beyond Belief. He is the author of In Faith, and In Doubt: How Religious Believers and Non Believers Can Create Strong Marriages and Loving Families.