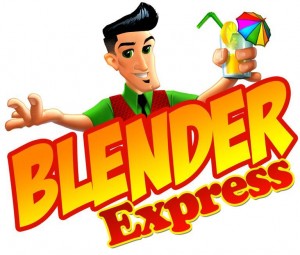 Blender Express Mixes It Up with Free App A Day!

Happy Day Games has announced its newly updated pass-the-time gaming app, Blender Express, is available for FREE now through Free App A Day (freeappaday.com)! Smoothie and Apple fans everywhere can get their hands on the app by visiting freeappaday.com or by checking out the App®Store.

Blender Express is a tasty treat for the brain and the palate where players are challenged to catch the correct tasty fruit in their blenders to create a delicious smoothie, continuously being challenged through each savory stage. After conquering a level, players will be rewarded with a real smoothie recipe to enjoy on your own! Blender Express’ latest feature “submit recipe” allows users to click to submit their very own smoothie recipe, where Happy Day Games will then take selected recipes and build new levels based around them to be released in future updates, and of course giving credit to the smoothie master who created it.

Featuring over 100 levels, gorgeous settings such as Hawaii, Mexico, the French Riviera and more, players will enjoy hours of addicting gameplay and fun and entertaining game modes that will leave them begging for more. You won’t want to put this app down!