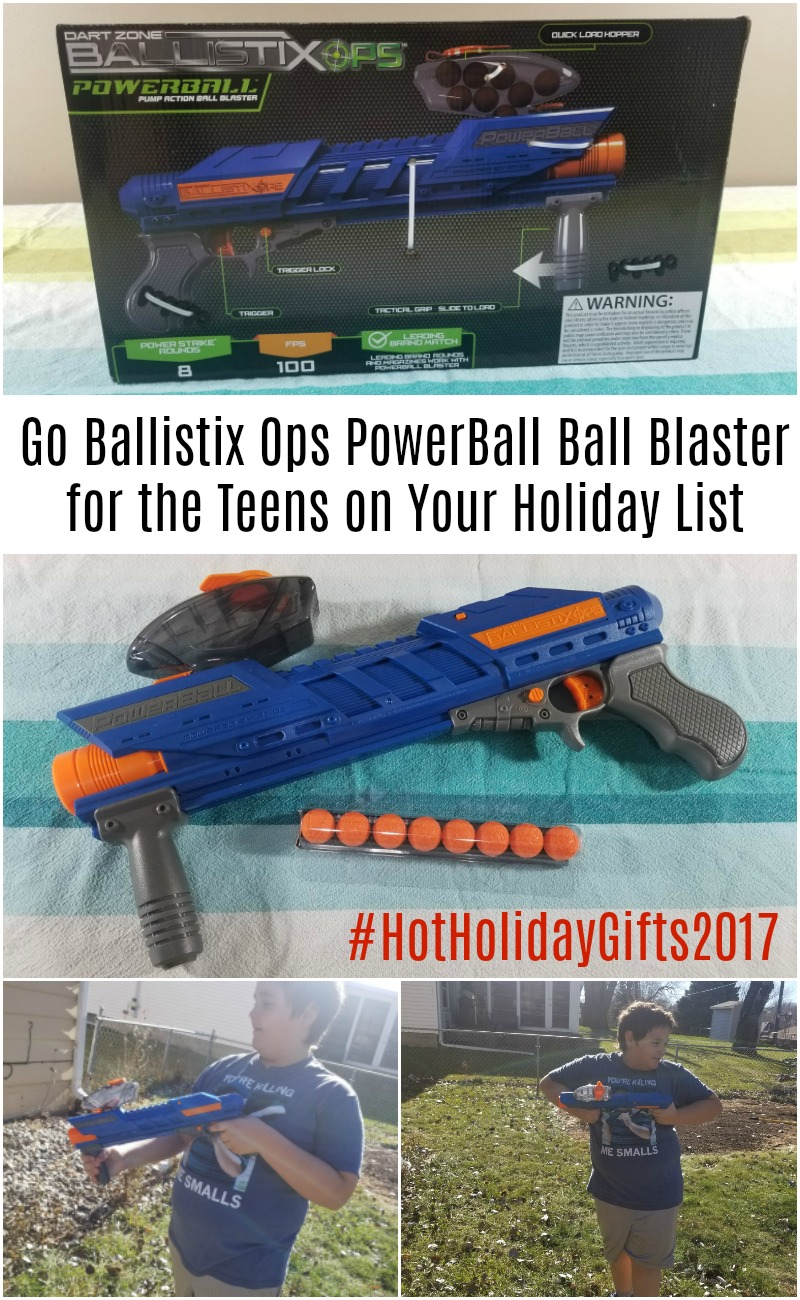 Dart Zone® has introduced a brand new line of products called Ballistix Ops™ Ball Blasters and we are in full commando mode and ready to play. The first piece of the new collection is a beast called the Powerball Ball Blaster. It packs a punch that both kids and adults will enjoy making this a top pick on our holiday gift list this season.

The Ballistix Ops PowerBall Ball Blaster fires Power Strike™ foam rounds up to 100 FPS (feet per second) just like the competition. It’s fast which allows you to hit your target with sharp, quick precision. Beware though, these foam rounds hit hard in short distances, so do not aim at the face! 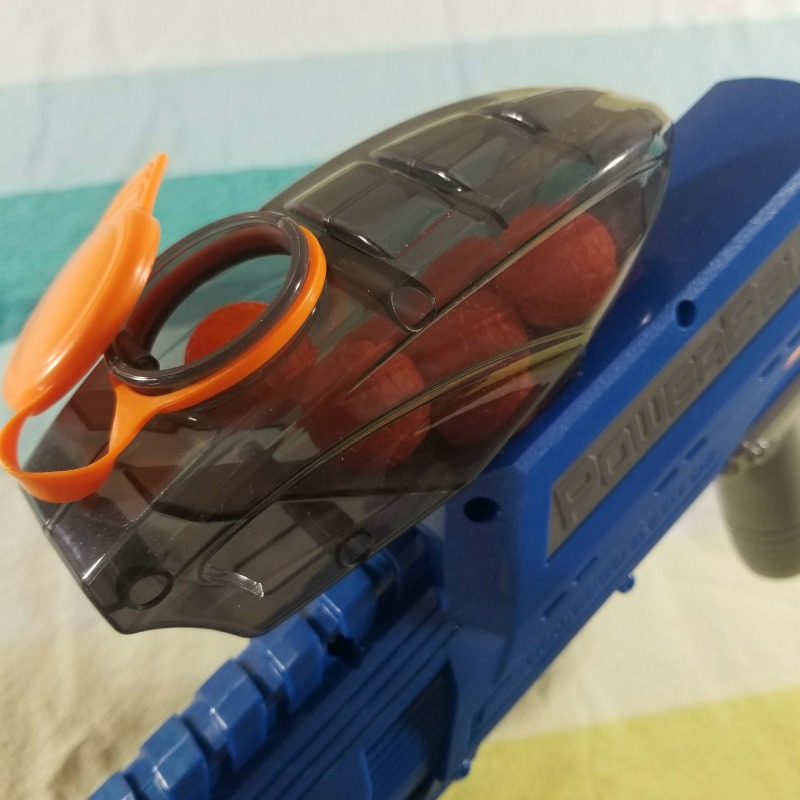 The Powerball’s Quick-Load Hopper holds eight foam rounds in it’s top chamber that is so easy to load that even my seven year old can master alone. Simply pop the top of the round holder and toss in. Then replace, and your are fully reloaded and ready to head off to the battle zone once again. 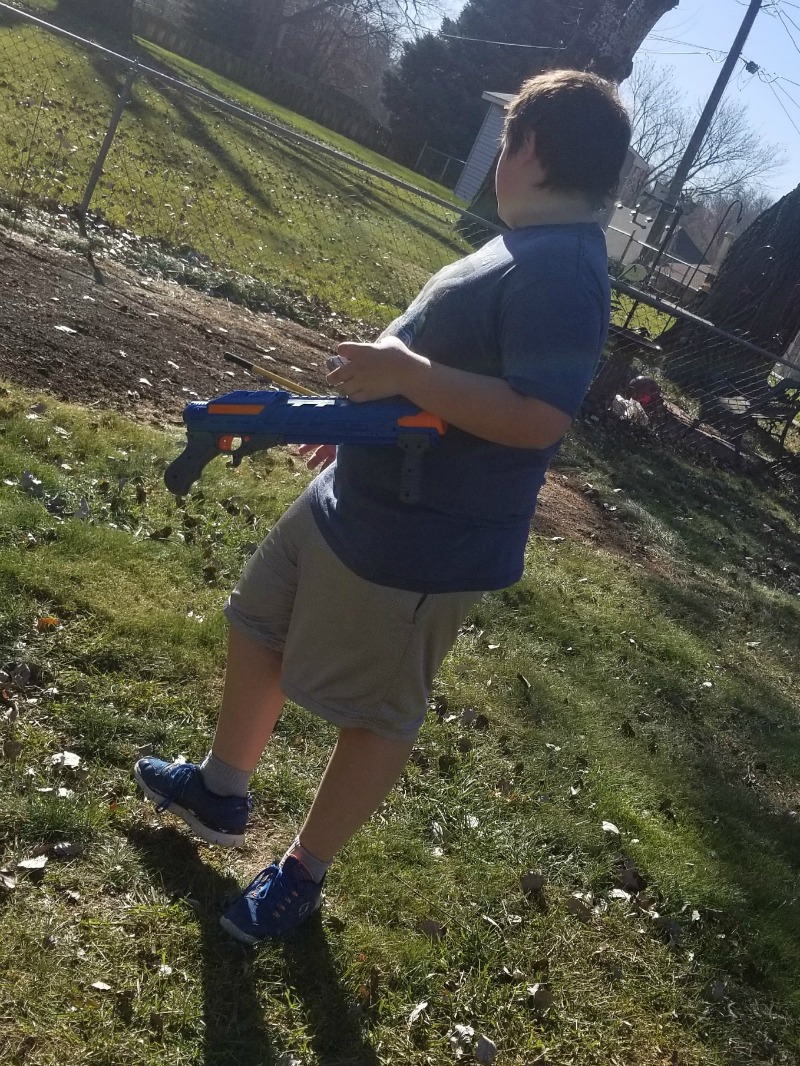 Just like Dart Zone® Super Darts and Blasters, Ballistix Ops™ is fully compatible with the leading brand’s rounds and magazines. This allow you to add this one to any toy gun collection without concern of having to buy all new rounds. I know as a mom, the bullets are the things they loss the most and being able to interchange them between brands is grand.

Dart Zone® Ballistix Ops™ PowerBall Ball Blaster is a Target Exclusive. Suggested for ages 14+ which I will dare to say is because of the hard hitting, lightening fast power shot. While we do allow our boys to play with this at a younger age, keep in mind that they have years of experience and generally play in family mode with mom or dad participating. After all, whoever though toys were just for kids never meet a Dart Zone blaster!