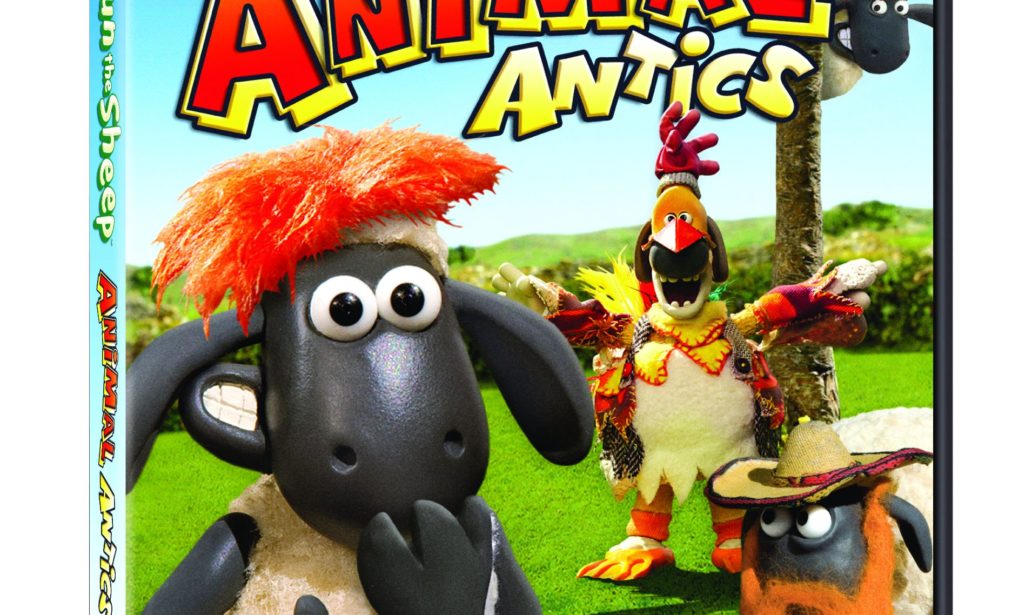 Shaun the Sheep is nothing more than comic relief via mischievous fun for those of all ages. Animal Antics is really a fantastic display of simple farm characters brought to life in series of six episodes where they work together to a variety of sneaky acts on unexpecting parties.

At first I was worried about letting the kids get into watching Shaun the Sheep worried that it would be slighty adult in humor, but to my surprise they really keep it toned down to a level that is family friendly without being boring. I have watched cartoons on TV that are more offensive. What more could you ask for, laughs, dining pigs, mystery, humor and golfing sheep! 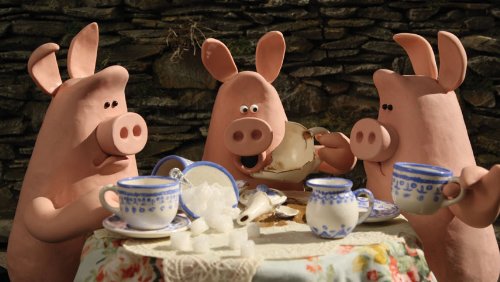 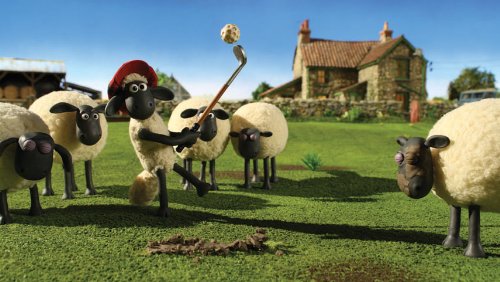 So yeah, I would definitely buy it and gladly suggest adding a little Shaun the Sheep to your life. In fact I plan to purchase Shaun the Sheep: Season 1. It is a rare find for me to like a show of this style enough to take it to my room at night for my personal quiet time.

Ready to sow some seeds of fun? Join the always delightful, baaaaa-dest sheep in the flock, Shaun, in the all-new Shaun the Sheep™: Animal Antics coming to DVD July 26, 2011 from Lionsgate and HIT Entertainment. In these seven wild and hairy farm adventures released for the first-time-ever on DVD, Shaun and his barnyard buddies deal with a fiendish fox, attempt some clever catering, take to the links, run a farmer’s market, stage a daring rooster rescue and more! With his woolly cronies in on the fun, “ewe” can’t go wrong with Shaun!

Five minute shorts of the series currently air in the U.S. on the Disney Channel and the series ranks in the top five animated shorts on the network!

Get ready for farm-fresh fun and laughter with Shaun the Sheep and his barnyard buddies, as they set the scene for more mayhem on the farm. Laugh out loud as Shaun tries to outfox a fox, Bitzer discovers his jazzy side, and the sheep try to sell everything on the farm to the highest bidder. Shaun and his friends deliver seven hilarious adventures full of animal antics that will make the whole family cock-a-doodle doo!

Foxy Laddie: A fox arrives at the farm, disguising himself as a handsome ram to infiltrate the flock and eat Timmy! All the lady sheep are beguiled by this charming new arrival – especially Shirley. Shaun becomes suspicious when the fox’s cunning disguise begins to fail.

Whistleblower: Bitzer loses his precious whistle and tests out the Farmer’s trumpet as a replacement. Before long, the power of the trumpet goes to his head and his fanfares and jazz-styled bugling drives the flock around the bend.

Frantic Romantic: The Farmer is trying to impress his new date by cooking her a romantic dinner. Unfortunately, the Farmer can’t cook and Bitzer is a useless maître d’. Can Shaun and the flock save the day when they take over the catering behind the scenes?

Who’s the Caddy: The Farmer discovers his old golf clubs and decides to knock a few balls around in the field, instantly putting his back out. Shaun takes the opportunity to learn how to play while Bitzer, who desperately wants to show off his golfing prowess, is forced to tend to his injured master inside the house.

Everything Must Go: The Farmer has set up a stall by the side of the road, selling produce from the garden. He leaves Bitzer in charge for the day. But lazy Bitzer soon gets bored and gives Shaun the job while he puts his feet up by the pool. Shaun proves to be a much better salesman than Bitzer and the flock is only too happy to get stuck in selling pretty much all of the Farmer’s worldly possessions!

In the Doghouse: When Bitzer’s kennel is accidentally destroyed he hopes the Farmer will replace it with a new deluxe model. But when he sees his master’s clumsy attempt to build a new kennel, Bitzer is so horrified he packs his bags and leaves home. Shaun hopes to tempt Bitzer to return with the kennel of his dreams.

Cock-a-Doodle Shaun: The rooster is missing and there’s no one to wake up the farm. When Shaun discovers the rooster has been snatched by the greedy fox, he sets off with Bitzer on a daring rescue mission. Will they get the rooster back in time to wake up the rest of the farm? 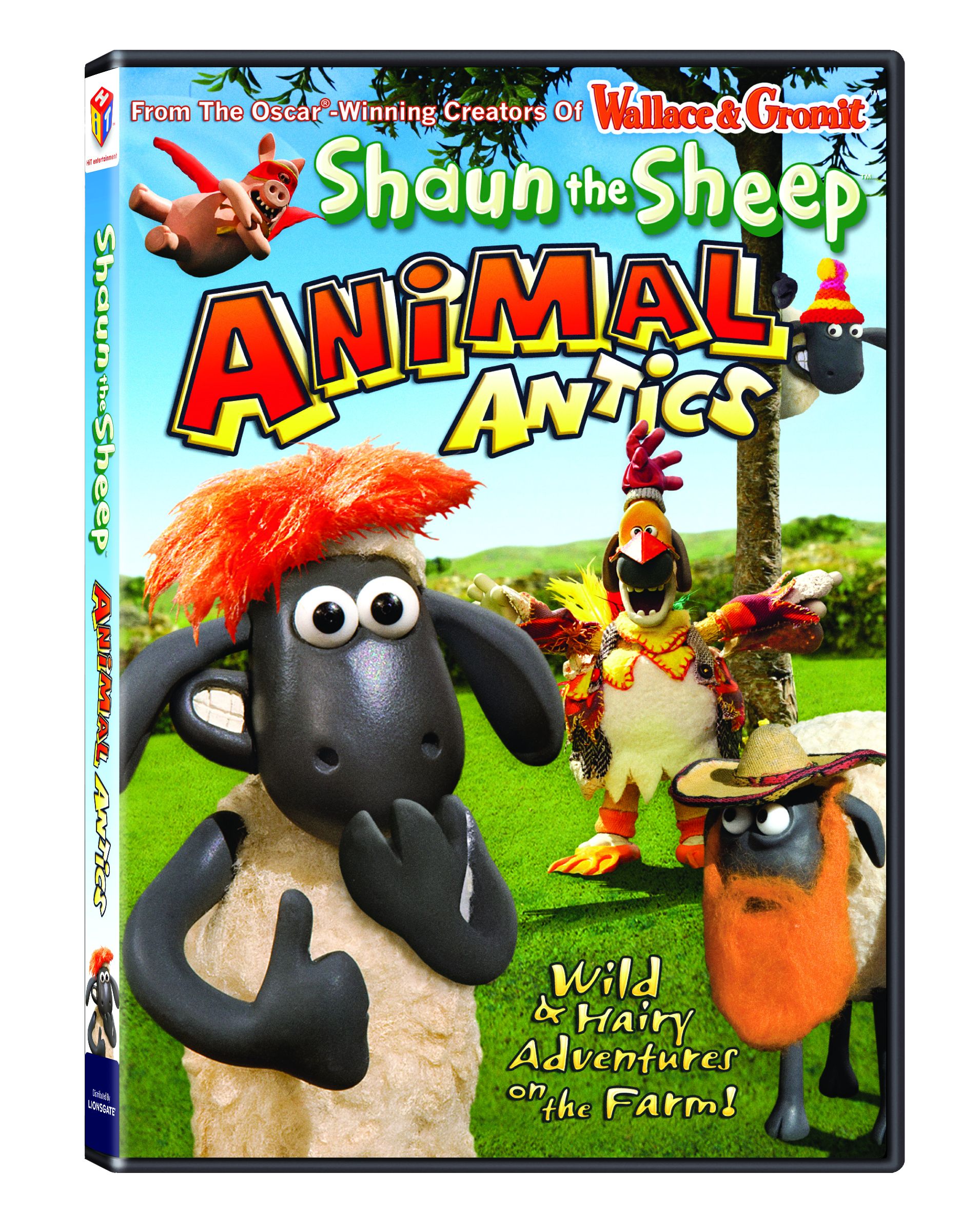 One lucky Mom to Bed by 8 reader will receive Shaun the Sheep: Animal Antics on DVD.

Disclosure: I received a sample(s) for the purpose of review. My opinions are my own. Please view our disclosure policy if you have any questions. Mom to Bed by 8 is not responsible for sponsors that do not fulfill their prizes.