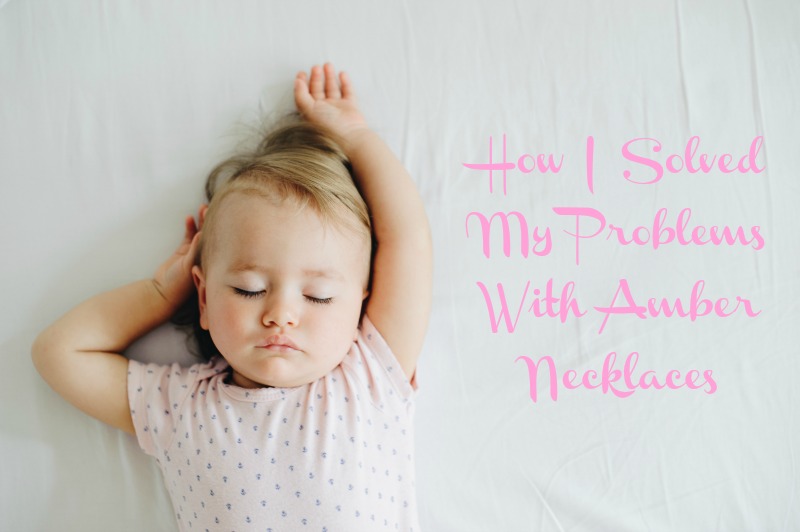 I had been a member of #TeamNoSleep for nearly a month by the time that I realized I needed to find a solution to my daughter’s teething problem that worked longer than a few hours, and quick. I was running on fumes and quickly running out of them. My daughter was a constant drooling monster who wasn’t sleeping either. I knew it was in the best interest of our household if we figured this out.

The kicker is though, as if all of that wasn’t enough, I had tried everything already. We weren’t in this miserable state for a lack of trying on my part. I ravaged through article after article and every medical and mom site I could get my hands on. There was nothing out there, as far as I could tell, that I hadn’t already tried. I was losing hope and sleep quickly.

While talking to one of my good friends late one evening, she told me about how she had been using baltic amber teething necklace for babies since her oldest was an infant. Not only had it helped with inflammation in his gums, but it also made him a happier and healthier baby.

That’s because amber contains succinic acid, which is a chemical compound that reacts like Ibuprofen once absorbed. In recent years, succinic acid has been linked to boosting natural immunity and moods due to its rich antioxidant makeup. Baltic amber isn’t just for teething, though, and has recently caught traction with adults suffering from chronic muscle and joint pain.

I found a few necklaces that I liked that came with a Certificate of Authenticity on Baltic Wonder’s website. I had them shipped and hoped that when they came, we would finally get the relief we were looking for. Much to my surprise, the shipping wasn’t the only thing that happened quickly. 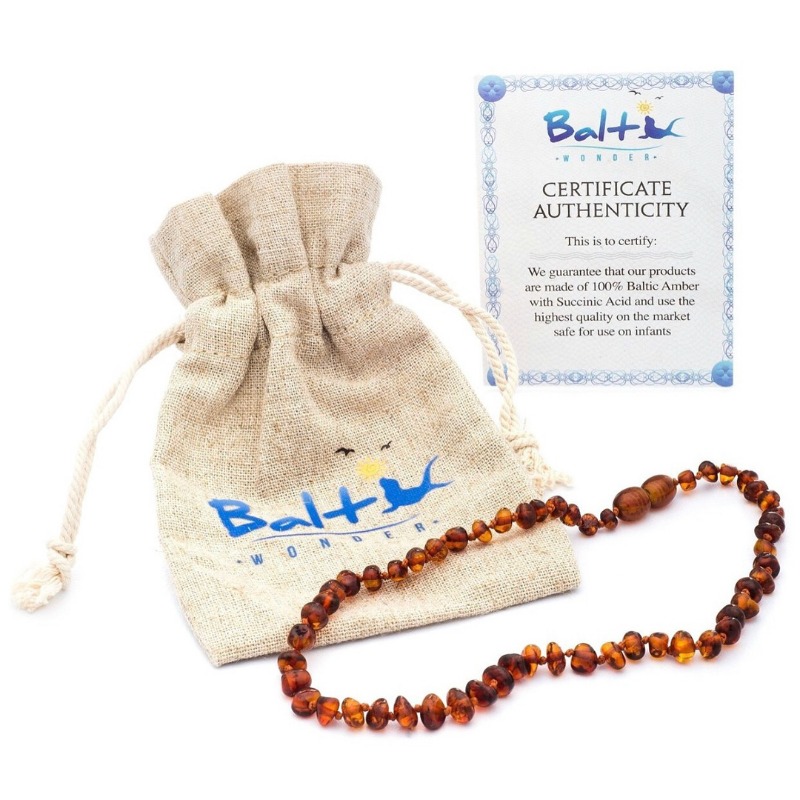 After receiving our necklaces after a few short days, I put them on my daughter’s ankle to reduce the risk of choking, and within forty-eight hours I was noticing a difference in not only the way that my daughter was behaving but also the way that her gums looked. Since wearing the necklace, the inflammation that she had in her gums had decreased significantly, which decreased her sensitivity and drooling.

It was such a success that after a month of no teething symptoms and a sleep schedule that had finally adjusted back to normal, I bought myself and my husband a necklace for our chronic headaches and back pain. If it worked so well with our daughter as an anti-inflammatory, I was hopeful that we would have the same results.

We were so pleased that it worked as quickly and as well as it did with out daughter. In a matter of a few days, my husband noted his increase in range of motion and his decrease in pain during the day. After two weeks, I could confidently say that I hadn’t had a single headache since I put my necklace on.

If you’re wondering what Baltic amber can do for you and your family, purchase a necklace and watch the magic unfold for yourself!